The reference to "booty bumping" came in a set of interrogatories sent to the district's attorneys.

Please produce all documents, recordings, videos, statements and other materials gathered, created, reviewed, or in any way associated with the investigation of any complaint regarding Amanda Schweitzer acting inappropriately towards students including but not limited to sexual assault, giving rides to students, spending time after school, spending time alone, booty bumping or any other complaint of inappropriate behavior related to Amanda Schweitzer.

The lawyers from the Springfield firm of Keck and Austin, representing the district, said "the request was vague, ambiguous and undefined with respect to the term "booty bumping."


It would appear that if Schweitzer used the term she was referring to the type of booty bumping that takes place when one person bumps his or her posterior into another person's posterior (according to the definition shown in the Urban Dictionary screenshot).

No court documents filed in connection with the case, including police reports, have made any reference to another form of booty bumping, defined in the Urban Dictionary as the act of injecting crystal meth into a person's anus, which presumably is designed to give that person a "bump' that is not received through an injection in any other part of the anatomy.

The booty bump exchange (and none of those are licensed in the state of Missouri) is among documents filed as the attorneys for three families of boys who were allegedly victims of Schweitzer's sexual misconduct.


The lawsuit alleges Schweitzer was preying on teenage boys in her classroom and on social media:

In early 2017, Schweitzer began grooming the minors via social media and text message in violation of JSD policies.

As the school year progressed, the messages from Schweitzer to T.C. intensified in volume and became increasingly sexually suggestive.

In or around March of 2017, while at school, Schweitzer ran her hand through T.C.’s hair and nibbled on his ear. She later messaged him via Instagram and asked him if he enjoyed it.

Subsequently, T.C. blocked Schweitzer from communicating with him via social media.

At or around the same time, Schweitzer approached J.L., who was a student in her class, and engaged in unwanted sexual touching of the minor.

The lawsuit alleges R-8 officials failed to take steps that could have prevented Schweitzer's alleged behavior.

At this point, the lawsuit is in the information-gathering phase, with attorneys for the families filing a motion asking that the judge require the district to answer their questions.

Court filings indicate that the district insists it cannot turn over Schweitzer's personnel files without her permission because she has "a fundamental right to privacy."

A request for documentation of all times Schweitzer checked in and out of the classroom during the 2016-2017 school year was termed "burdensome." 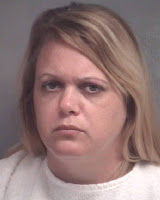 District lawyers claimed the request for documentation about any times Schweitzer acted inappropriately with students, including giving them rides, sexual assault or the aforementioned "booty bumping" was "overbroad" and seeks "privileged information" since it involves students.

The lawsuit claims the alleged sexual harassment of the boys follows a pattern of R-8 officials not dealing with similar situations of assault and misconduct taking place on district premises, the petition alleges.

The district's attorneys also failed to answer the request for documentation on any other cases involving complaints of a sexual nature against teachers, claiming it was "overbroad".

The lawsuit was the second such action filed against the R-8 district in recent months.

The former JHS student's lawsuit's claim that the district has had "at least nine incidents of sexual misconduct or assault since 2010" is repeated in the lawsuit filed on behalf of the three North Middle School students.

The lawyers representing the boys and their parents, Michael J. Fleming and George E. Kapke Jr. of Lee's Summit and Elizabeth Turner of Joplin, are also representing the alleged statutory rape victim in a lawsuit against Schweitzer, which was filed November 3 in Jasper County Circuit Court, which included the following description of Schweitzer's actions:

While at her home, Schweitzer engaged in sexual intercourse with C.A. As a result of the encounter, C.A. has been sustained emotional injuries. In addition, C.A. was forced to finish the semester off campus after the encounter with Schweitzer came to light. He subsequently transferred schools.
Posted by Randy at 2:31 PM