Court records: Joplin teen charged with drive-by shooting accused of pointing a gun at another man in October 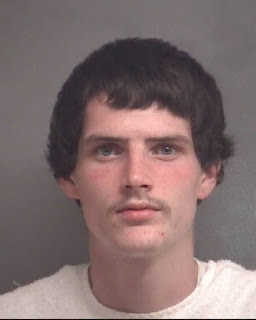 A Joplin teen charged with 10 felonies in connection with a June 14 drive-by shooting at 406 N. Pearl is already facing another felony weapons-related charge, according to Jasper County Circuit Court records.

Jacob Russell Davis, 17, was charged with felony unlawful use of a weapon and misdemeanor assault following an October 3, 2017 incident at Markwardt Street and South Wisconsin Avenue in Joplin.

The probable cause statement indicates Davis hit Benjamin Bartlett with his fist. After the altercation, "Davis displayed a black handgun and pointed it at Bartlett." Multiple witnesses were present.

Bartlett told Joplin police officers the weapon was a 9mm Glock. Davis said it was a BB gun and that he accidentally pointed it at Bartlett when he was putting it back in his waistband, according to the statement.

Davis' next hearing in that case is scheduled for July 11 in Judge Joseph Hensley's courtroom.

Those are not the only charges Davis faced prior to the drive-by shooting, according to court records.

The Jasper County Prosecuting Attorney's office filed a felony charge of endangering the welfare of a child for an incident that occurred September 20, 2017. A felony charge of resisting arrest and a misdemeanor marijuana possession charge were filed, with those crimes allegedly taking place October 9.

The probable cause statement for those arrests is not available to the public, but the felony resisting arrest charge likely occurred when Joplin police officers were investigating the assault and weapons allegations from the October 3 incident at Markwardt and South Wisconsin.

The shooting incident was described in a JPD news release:

On June 14, 2018 at approximately 11:27 p.m. a drive by shooting was reported at 406 N. Pearl Ave Joplin, MO via multiple 911 calls for service. Patrol officers responded to the area and secured the scene and determined that no injuries were reported. Joplin Police investigators responded directly to the scene to assist with the investigation. It was reported that a vehicle described as a dark SUV drove by the residence and a subject in the SUV fired multiple gunshots. Patrol officers and investigators conducted interviews and collected evidence from the scene.

On June 15, 2018 at approximately 2:06 a.m. two detectives in an unmarked police vehicle were patrolling the area of Broadway St. & High Ave. While the detectives were stopped on the side of the roadway a dark SUV matching the description of the suspect vehicle in the earlier shooting pulled up beside the detectives. An occupant of the SUV pointed an unknown object at the detectives and then shouted. The detectives attempted to make contact the with subjects in the dark colored SUV however, the SUV fled and the detectives initiated a pursuit of the vehicle.


Charges for Saunders have been submitted to the Jasper County, MO Prosecutor’s Office pending formal filing for felony resisting arrest by fleeing and four counts of endangering the welfare of a child. Three of the juveniles were released to a parent or guardian and one was transported to a detention center due to being reported as a runaway.

The investigation is ongoing.

Davis pleaded not guilty to five counts of shooting a gun from a vehicle and five counts of criminal action Thursday. His next hearing in that case is scheduled for July 11.
Posted by Randy at 9:24 AM