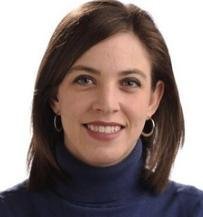 Sadie Gurman, who received her start in journalism as a statehouse reporter for the Joplin Globe when she was in college, is one of two reporters receiving bylines today on a Wall Street Journal article that revealed the the Trump Administration has put a hold on efforts to find someone to replace Rod Rosenstein as assistant attorney general because no one wants the job.

Rosenstein, of course, is the one who is overseeing the Mueller investigation.

Gurman, who has come a long way from those Globe days, signed on at the Wall Street Journal in April.

Since the Globe, Gurman has climbed the ladder to the Rockford, Illinois Register-Star, Pittsburgh Post-Gazette, Denver Post, and Associated Press, where she had covered Attorney General Jeff Sessions.

When I came across Sadie Gurman's name and some excerpts from the Wall Street Journal article in an e-mail I received this morning, I checked the Turner Report archives for times I previously wrote about her.

I remembered that during her short stint with this area's newspaper of record she wrote about lobbyists' money being received by local legislators, something the Globe had not previously covered.

Oddly, I remembered that, but I had totally forgotten that Gurman had taken the time to write a blistering blog post about a Joplin teacher who irritated her (three guesses as to who the teacher was) by "bragging" on his blog about scooping the Globe on numerous stories.

Much of her blog post was about her view that reporters trained in journalism schools were much better equipped to cover the news.

I reprinted her blog post (it was from her personal blog and not from the Globe), because even though she did not mention me or the Turner Report by name, it was clear who she was writing about and it was also clear I had gotten under her skin.

What was also obvious was that she had absorbed some of the thinking of the people who were in charge at the Globe (and who are still in charge).

There's a lively and ongoing argument taking place via the "comments" box of a popular Joplin-area news blog. The spat sparked when the author bragged that he’d frequently scooped the prominent news outlets in the area, which in turn, were ripping ideas and reporting from his blog. The author, who has become quite well known to newspapers and television stations in the area, continued with the condescending remarks, including a detailed explanation of 'news reporting' and 'journalism.' Some commenters came to the defense of the local media, saying that newspapers and TV stations do a job this blogger couldn’t fathom doing without proper J-school training, reporting skills and effective writing techniques. And then the author makes a rebuttal, which is always something to the effect that when local media fail their readers, anyone can be a journalist.

(A)ny student who has spent four years studying within the walls of the Missouri School of Journalism might maintain that there are certain standards only a trained journalist — someone who understands communications law, copyright, news value, AP style — can uphold. Anybody can be a source of news. But only professionals can truly be considered journalists.

People with information want to give it to someone they can trust to get it right. Unfortunately for citizen journalists, that trust comes with journalism and reporting experience.

As I noted in my post from 12 years ago, Gurman somehow failed to discover that I had 22 years of newspaper reporting experience, though it is true that I was not trained at the MU School of Journalism.

Looking back at her blog post, I see a lot of things she had right, even with some of her criticisms about my blog. In 2006, though there were exceptions, the Turner Report and other blogs would not have had much to write about if not for the traditional media. Things have changed considerably since then.

While I still do criticism (both favorable and unfavorable) about the media, far more of the Turner Report is dedicated to original reporting than it was back in those days.

And while Sadie Gurman has worked hard to land a top position on a successful newspaper, much of her industry and what used to be mine, is in dire straits- at a time when we need it more than ever.

I figured she would go to work for the Turner Report

OK, so she didn't think you were much of a reporter back in 2006. The comments in the article then sound much the same as they do now when you don't censor them as much as you do now.

Simply put you are nothing more than a blogger who repurposes material found from the media to his own purposes and with an obvious slant. You censor comments which ridicule you.

So nothing much has changed since 2006 except that you've gotten much much worse.