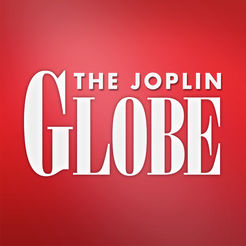 The Joplin Globe is for sale and that does not mean overpriced subscriptions or counter copies.

The company that owns the Globe, Community Newspaper Holdings, Inc. was purchased recently by Raycom Media and issued a news release today announcing that the company is exploring the sale ot its newspaper properties.

The news release is printed below:

MONTGOMERY, Ala. – CNHI, LLC, one of the country’s leading providers of local news and information, said Monday it is exploring the sale of its newspaper properties in 22 states.

The announcement was made after its parent company, Raycom Media Inc., reported it has signed an agreement to be acquired by Gray Television group, a public company headquartered in Atlanta.

Donna Barrett, CNHI’s president and chief executive office, said the company has retained the newspaper brokerage firm of Dirks, Van Essen, Murray and April to handle the sale of its newspapers.

“We’re excited to open the next chapter in our commitment to top-flight community journalism,” said Barrett. “We are looking for a transaction or transactions that will carry on CNHI’s rich tradition of public service through award-winning journalism.”

CNHI is a 20-year-old newspaper company that has grown from a few community newspapers at the outset to more than 100 papers today. They are located in the Midwest, Southwest, Southeast and Northeast.

“As we undertake this exploration process, we cannot say that any particular transaction will or will not take place,” said Barrett. “What we can say is that we will consider various options as we work to find a partner or partners that share our dedication to community newspapers and the vital journalism they produce to serve local audiences.”
Posted by Randy at 12:33 PM

Great should we hope!

Whaddya say, Randy? Let's you and me buy the Globe. You can be editor, and Harvey and I can duke it out on the editorial page.

Kick out all the Carthage employees including the editor.

Make it the JOPLIN Globe once again.

Super idea!!
Steve and I are about the only bloggers with the backbone to identify ourselves instead of hiding behind the “anonymous “ mask. I was raised in the south, and daddy taught me the problem with the KU Klux Klan wad they hid behind masks, and that’s what these phonies do. Maybe George Soros pays them?

Duh, yeah Harvey, Just like the Koch brothers and the Kremlin pay you. I bet you cry witch hunt too. Why don't you go console your other idol Eric Greitens. He needs a little cheerleader right about now. Keep whining about "Anonymous". Anything to distract from your lying orange traitor in the out house. Funny little man.

Oh poor liddle Harvey. Another conspiracy theory lost its way but found a sucker in Harvey. Or did you just make that up too? By the way, how much are the Koch brothers and the Kremlin paying you?