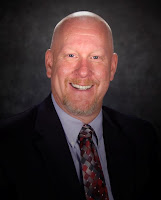 The move reunites Hueller with former JHS Principal Brandon Eggleston, who will take over as R-7 superintendent July 1.

In an article in the June 13 Newton County News, Eggleston praised Hueller:

Hueller has been an assistant principal at Joplin for the past 12 years.. Previously, he served as Sarcoxie High School principal.


Hueller will replace Richie Fretwell, who resigned to follow former Seneca R-7 Superintendent Jim Cummins to Neosho. Cummins is replacing Dan Decker, who remains on administrative leave through the end of this month.

Another Joplin flunky? What is that suppose to mean?

To me, this says more about Egg's character than anything.