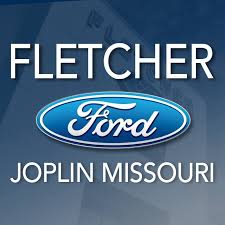 Frank Fletcher Ford had good reason to fire the woman who filed a sexual harassment lawsuit against the company.

That claim was included in one of two responses to the lawsuit filed today in U S. District Court for the Western District of Missouri.

One defendant, Frank Fletcher Ford, denied Erin Rooney, who filed the lawsuit December 17, was sexually harassed, while the other defendant, Fletcher Automotive Group also denied any sexual harassment, but added that Rooney was never an employee, indicating she was an employee of one Frank Fletcher business, but not the other.

Though no specifics were offered, the Frank Fletcher Ford response asserted the company's actions "were based on good cause and reasonable facts other than sex or retaliation."

In her complaint, Rooney said she was partnered with a salesman who said she should be able to sell cars because "of the size of her breasts" and that the men on the sales force frequently discussed which of their female customers would be available for sex.

Rooney said the salesman, Bobby McCarter, said he would love to have pictures of her breasts and that when her first customer appointment arrived, McCarter told her to "sit there, smile and nod" and not speak while he would take care of the customer.

The complete claim can be found at this link.
Posted by Randy at 2:49 PM

After having dealings with her, I can guarantee she is just trying to get money out of them and none of it ever happened. She's a nutjob.

I see I'm not the only person that knows her for who she is. I know for a fact that she has pulled other scams.