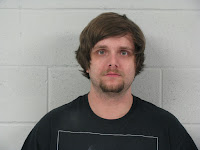 Lance Christopher Breeding, 27, is being held in the Jasper County Jail on a $50,000 cash-only bond.

A Carthage Police Department news release said the child had to have surgery on the broken leg and that her abuse also included severe bruising on her back, buttocks and legs.

When she sat on the floor, he kicked her and told her to get up, according to the news release.

Violence against a defenseless child is as bad as it gets.

Oh, but they WILL get custody back. The system works to give the children back to the parents, no matter what they've done. The system is designed to reunite blood relatives, even if they're worthless.

Kick him to death!!

Notice this is a WHITE natural American citizen, not an illegal immigrant.