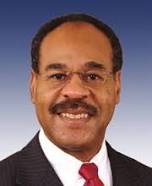 In my district, many rural areas are already suffering from the effects of the trade war, but now, because of the shutdown, the loans and crop insurance farmers were depending on will not happen until the government is reopened.

According to the Farm Service Agency (FSA), farmers are unable to cash checks from grain or livestock sales. Now is the time for them to use this FSA program to help pay bills. The new 5-year Farm Bill that Congress approved cannot begin because the government isn’t adequately funded.

Since the shutdown began, many of America’s treasured National Parks have been filled with garbage, increasing unsanitary conditions. At the same time, for over two weeks, the EPA has been unable to perform its essential, life-saving role of protecting clean air and water. EPA grants to fund environment protection activities through-out the country cannot go out when the EPA is shut down.

The Democratic House has passed bipartisan legislation – the same that passed the Republican-led Senate in December - that funds smart, effective border security to keep our nation safe, not wasting billions of taxpayer dollars on an ineffective and expensive border wall.

In my district, the Fifth District of Missouri, there are an estimated 10, 809 federal government workers. Of those, roughly 8,000 federal workers have been impacted by this shutdown. Federal employees are either not getting their next paycheck, are furloughed, or are forced to report to work without pay. Families are concerned about paying rent or keeping up the mortgage, paying for prescriptions, and putting food on the table. Some have told me they were forced to cancel their children’s birthday party or to consider quitting the job they take such pride in so that they can fulfill their duties as a parent or spouse.

The partial government shutdown has been ongoing for over three weeks now. It is my hope that we work together, Republicans and Democrats, to stop hurting Americans and end this shutdown now.
Posted by Randy at 7:17 PM