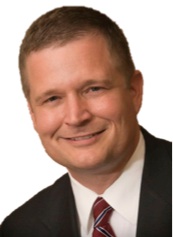 Of the approximately 600 teachers who were in Joplin R-8 classrooms in May 2012, more than 200 will not be there when classes open August 15.

Missouri Department of Elementary and Secondary Education (DESE) documents indicate at least 125 people who were listed with the school district's certificated personnel for the 2011-2012 school year, were not with the district for the 2012-2013 school year.

A few of those were in administrative positions while a few others were undoubtedly listed under different last names following marriage. That would still leave at least 100 who were no longer teaching in the Joplin School District.

The R-8 District has never said just how many teachers who were in the classrooms last year are not coming back. A district newsletter said 38 teachers retired (several of whom told me they would have loved to have remained in the classroom a few more years, but not under the current regime). Some, none of whom received quite the publicity I did, were ushered out of their classrooms, while most opted to resign to move on to other jobs in other districts.

I know of a few who left without any job lined up because of the problems they have had receiving backup on disciplinary issues and these were not rookie teachers.

In an MSSU Newsmakers interview that was posted this week, Superintendent C. J. Huff indicated that most of those leaving either resigned or their spouses landed jobs in other towns and they had to move.

Were those out-of-town employers just as active after the 2011-2012 school year or is this just something else C. J. Huff and the Joplin R-8 Administration can blame on the tornado?
Posted by Randy at 5:40 PM