2013 in Review- Besendorfer to Joplin teaching/learning coaches: You are not administrators or spies 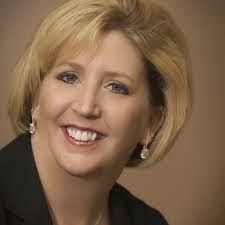 With the Department of Elementary and Secondary Education (DESE) in possession of information that indicates the Joplin R-8 School District may be misusing Title I and IDEA funds to pay teaching/learning coaches, Assistant Superintendent Angie Besendorfer decided to make sure that the coaches knew what their jobs were and what to say to anyone who just happens to ask them about those jobs.


While the specifics of the investigation are still being kept hush-hush, people who have taken their concerns to the state department say state officials have examined documents that raise questions about the administration's use of Title I and IDEA funds, both federal programs, but both of which also operate under strict state guidelines.

One concern, a source close to administration told the Turner Report, was the use of Title I funds to pay for the teaching and learning coaches. State department officials say there would be no problem with the coaches if they were helping teachers who were working directly with students. The problem has been that the coaches have been told their job is to work with principals, not teachers, and the coaching positions, which have become a training ground for open principal positions in the district, have all of the appearances of an additional layer of administration. Coaches have also been told that their job is to be the eyes and ears of administration in their buildings.

The payments for coaches from the Title I program also led to the elimination of reading teachers... who were working directly with the students.

In a message sent to the coaches and obtained by the Turner Report, Mrs. Besendorfer wrote the following:

I wanted to provide you with a few talking points just in case you are asked about the facts in the article posted in a blog regarding Joplin Schools coaches. I've copied the article below. I want to be sure that if you are approached you have factual information.

*Joplin Schools have not been notified of any complaints or concerns shared with DESE. We have reached out to our state supervisor to confirm nothing exits (sic).

*The financial information is likely to be factual regarding numbers but it misrepresents many things and implies wrong information.

*We originally had ARRA (Stimulus funds) to pay for the TLCs; however, we didn't have that when the original decision to use a coaching model was adopted. At that time we planned to use Title I funds and some local funds that were repurposed from secondary dept. specialists. We were able to use ARRA funds instead.

*Elementary coaches can be paid from Title I since ALL elementary schools are Title schools. In fact, Title I requires a specific amount of money to be allocated to PD. We choose to use this model for daily job-embedded PD.

*Secondary coaches have been appropriately paid from other sources, including local dollars. Title 2 is also an acceptable source because it is exclusively designated for PD in order to improve teachers.

*The numbers reflect an increase in coaches which was due to the addition of 21st Century coaches paid from local dollars.

*Bottom line is that Joplin Schools follows federal guidelines. We have annual audits and federal funds is a big part of those. We always get clean reports including the 5 previous years.

*There is no need to address to this group that our coaches support teacher AND principals. You are not administrators or spies, etc.

I hope you won't worry about this. If you have any questions, please feel free to ask.

Yeah, right, nothing is happening but I'm running off in the middle of the year before my dream schools open even. Won't get to see if that German furniture matches my Coach bag or if it makes the kids learn better. No investigations here, by golly, just running off for no reason at all.

The only people dumb enough to believe anything she had CJ say are the people who kept them employed.