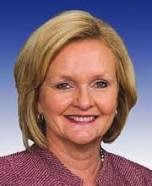 In her latest newsletter, Sen. Claire McCaskill lists what she considers to be the 13 biggest accomplishments of 2013.

2013 has been a year of great opportunities, and addressing deep-seated challenges. For me, the year was focused not just on tweeting my favorite recipes - but on expanding job opportunities, protecting consumers, delivering for veterans, and strengthening accountability across the federal government.

As we look to 2014, I wanted to take a moment to highlight 13 in '13 important accomplishments I've been proud to fight for, on behalf of Missouri's families and businesses.

12. Became Chairman of a powerful new Subcommittee on Financial & Contracting Oversight, charged with guarding taxpayer dollars from waste, fraud, and abuse at every federal agency


11. Led the successful fight to renew the Violence Against Women Act, including rallying support inevents across Missouri

10. Won Senate passage of a measure aimed at boosting hiring for veterans through certification of job skills obtained while on active service

9. Used a letter from a Missouri doctor to launch an investigation targeting aggressive sales and marketing tactics in the medical equipment industry - and later issuing subpoenas to compel uncooperative medical equipment company executives to appear before the Senate, and referring 21 other such companies to the investigative unit within the Department of Health and Human Services

8. Used a Senate hearing to illustrate the case of a Nixa, Mo. woman struggling to clear her credit history, highlighting common failures in the credit reporting industry that result in millions of people every year paying more for or being denied credit, housing, and job opportunities

7. Co-chaired a Senate hearing in which it was revealed that the contracting firm which conducted national security leaker Edward Snowden's background check for a security clearance is under active criminal investigation - and later helped lead a bipartisan group of Senators introducing, andwinning Senate passage of legislation to increase oversight over how the government conducts background investigations and awards security clearances, while also holding government employees and contractors more accountable for falsifying investigations

5. Chaired a Senate hearing aimed at rooting out systemic problems plaguing the Pentagon's POW/MIA recovery program - and successfully passed into law a measure giving the Defense Department a six-month deadline to develop a plan to fix the problems


4. Led a Senate investigation into fraudulent robocalls, exploring how to better protect consumers with new technologies, and announcing a new legislative effort to provide regulators with additional tools to help protect consumers from robocall scams
3. Teamed up with Republican Senator Rob Portman of Ohio to introduce legislation - endorsed by the U.S. Chamber of Commerce, several labor unions, and the Business Roundtable - that would cut down on burdensome and duplicative regulations, allowing infrastructure, development, and energy projects to be constructed more quickly, and providing a boost to the economy

1. Waged a year-long effort, using experience as a former sex crimes prosecutor and senior member of the Armed Services Committee, to author, shape, and successfully pass into law historic reforms to the military justice system to curb sexual assaults in the ranks - by protecting and empowering victims, prosecuting perpetrators, and holding commanders accountable

Wishing you and your family a healthy and blessed start to 2014.
Posted by Randy at 6:20 AM