2013 in Review: Angie Besendorfer and the massacre at McKinley 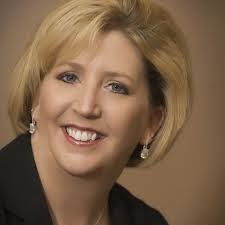 Things were not going well at Joplin's McKinley Elementary School during the 2012-2013 school year.

After the meeting started, the veteran teacher reassured Dr. Besendorfer that the teachers were not blowing the situation out of proportion.

Dr. Besendorfer offered a sympathetic ear, nodding as the teachers spoke, every once in a while commenting, "This is unbelievable," or "this should not be happening."

As the meeting closed, Dr. Besendorfer told the teachers not to worry. "I will take care of this."


As the veteran teacher and the younger ones left Dr. Besendorfer's office, for the first time in a long time they had a feeling that their jobs might just become a little more bearable.

Dr. Besendorfer, true to her word, took care of the situation. By the time her solution had been implemented, the younger teachers, none of whom had tenure, did not have their contracts renewed, and the veteran teacher, a woman well respected in the community, was escorted out of McKinley Elementary and placed on a paid leave of absence. Later, she was transferred to another job in the district. Probably the only thing that saved her position was that she had tenure and the district was already in the process of being embarrassed as it made efforts to fire another tenured teacher.

By the time, the year ended, nearly every teacher in McKinley Elementary had either been non-renewed or had resigned.

Angie Besendorfer did not forget about Principal Jennifer Doshier. Ms. Doshier was promoted to upper administration, in the recently created post of director of elementary education.

Meanwhile, Ms. Doshier's replacement, the principal who would have to deal with a completely new, highly inexperienced young faculty- is Terri Hart, who was moved from an upper administration ;position as curriculum coordinator...and who, according to the Missouri Department of Elementary and Secondary Education website, does not have a principal's certificate.

Parents of McKinley Elementary students should not worry about having such an inexperienced principal at the helm- she won't be here for long. She has told some people that her plan is to get a job at Pittsburg State University and others that she hopes to become a superintendent at a small school.

The one thing she makes sure everyone knows- McKinley Elementary is just a steppingstone.

Another example of 21st Century learning, courtesy of C. J. Huff, Angie Besendorfer, and the Joplin R-8 Board of Education.
Posted by Randy at 9:33 PM

I noticed the district is looking for volunteers. I'd happily come back to help this woman move. It's just too far to drive.

Despicable human being. I think.