2013 in Review: Senate: We have lobbyists buy our booze so the taxpayers won't have to 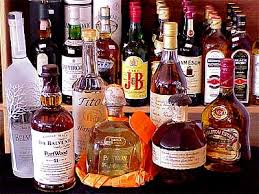 An audit released today shows that special interests are footing the bill for booze, food, and parties for the Missouri Senate and the expenditures do not show up in the disclosure forms of any senator.

You won't find Senate leaders challenging Auditor Tom Schweich's findings- they claim they are saving the taxpayers money by having lobbyists take care of their party needs.


Though no money was solicited during 2012, according to the audit, that would seem to be because there was enough in the account to cover the partying, and not because of any change in attitude among Senate leaders.

The portion of the audit relating to the Senate Administrator's Fund begins as follows:


The Senate solicited contributions from lobbyists for the Senate Administrator's Fund and used the Fund to pay various questionable costs.

This situation gives the appearance of, and may result in, a conflict of interest. In addition, no authority exists to maintain the account outside the state treasury.

During the two years ended June 30, 2012, the Senate Administrator's Fund receipts and disbursements totaled $10,305 and $12,744, respectively. Senate officials solicited contributions from lobbyists in fiscal year 2011, and used the contributions to pay for meals when Senators and senate employees worked late during legislative sessions and for retirement dinners and gifts for outgoing Senators.

The retirement dinner expenses were spelled out in the audit:

The audit notes that the lavish retirement banquet is not in compliance with state law:

While it appears the Senate is not subject to some policies and restrictions that apply to state agencies, the expenditures for the retirement dinner and gifts do not appear to be a necessary or reasonable use of funds. The Senate should ensure funds are used only for items necessary and beneficial to senate functions.

The audit notes that this same situation has been pointed out in previous audits, but the practice continued.

And from the tone of the Senate response, the lobbyists will continue to pay for the partying...as a benefit to the taxpayers, of course:

All account activities are transparent and subject to enhanced internal controls including segregation of duties by those responsible for account transactions. Each dollar received and expended is clearly detailed and documented.

The Senate response throws a bone to the auditor, agreeing that it is absolutely wrong for the taxpayers to pay for the booze and gifts. That is why they have found the agreeable solution to seek out the special interests who are wanting favors from them and asking for money to cover the cost of the parties.


The Senate agrees that alcohol related expenses and excessive retirement gifts are not an appropriate use of taxpayer resources. As stated previously, the funds deposited into the Senate Administrator’s Fund are not taxpayer generated. The account is comprised solely of donations for designated
purposes. The designated donations are reportable by the donor to the Missouri Ethics Commission for transparency purposes and to ensure that conflicts of interest, if any would occur, are identified and addressed.

It appears the problem is that we need to have a lot more of these retirement parties if that is the only way to get these people out of office.