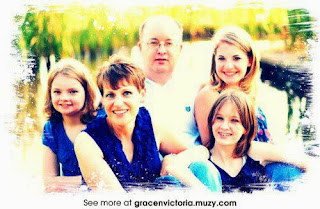 Eighteen-year-old Gracen Boxx, Bentonville, Ark., was taken off a ventilator at Freeman West Hospital in Joplin Saturday, two days after both of her sisters were killed in a three-vehicle accident in Pineville.
Miss Boxx suffered a shattered right leg in the accident and remains in the intensive care unit, a family member said.
Planning for funeral arrangements for Bethany Boxx, 20, and Katelyn Boxx, 16, may begin later today (Monday).
According to the Missouri Highway Patrol report, the McDonald County Coroner B. J. Goodwin pronounced the Boxx sisters dead at the scene.  The father, David Boxx, 51, who was driving, suffered moderate injuries and was taken by ambulance to Mercy Hospital in Rogers, Ark. His wife, Janet Boxx, 50, had minor injuries and was also taken to Mercy Hospital. Another passenger, O'Rane Williams, 21, Conway, Ark., suffered moderate injuries and was airlifted to Mercy Hospital, Springfield.The accident occurred when a northbound Dodge Ram truck driven by Troy Robins, 19, Pineville, changed lanes in front of Roger Wilson, 47, Muldrow, Okla.. The Wilson vehicle, a 2013 Chevrolet 2500, hit the Robins vehicle in the rear, causing him to cross the center of the road and hit the Boxx vehicle, a 2000 Toyota Sienna van on the driver's side, knocking the van off the road and causing it to overturn.
Neither Robins nor Wilson was hospitalized.
Original Turner Report story on accident
Posted by Randy at 10:57 PM