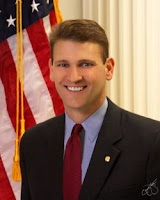 (The following post originally ran in the August 15 Inside Joplin)

Wallace told the Amarillo Globe-News , We consider the lawsuit very frivolous. We consider it to be without merit and we are going to defend it vigorously.”

The scheme is the same one described in an articlepublished Saturday in Inside Joplin.

It resulted in an SEC investigation, which ended with Wallace and Bajalli agreeing to pay $60,000 fines. Each man made his last payment three days before the city of Joplin hired the firm to conduct the $800 million development of Joplin’s tornado-stricken area.

In its complaint, which was filed May 20, 2011, the SEC alleged that between November 2006 and December 2008, Wallace and Bajjali “offered and sold securities in two real estate funds they controlled in Houston, Texas, called the Wallace Bajjali Investment Fund II, L. P. and the Laffer Frishberg Wallace Economic Opportunity Fund, L. P.

In written disclosures relating to the securities offerings, Wallace and Bajjali told investors they would limit the Funds’ investment in any one business or project to certain percentages of the money the Funds raised- no more than 33 percent for the Wallace-Bajjali Fund and no more than 20 percent for the Opportunity Fund.

“Contrary to their written representation, Wallace and Bajjali far exceeded these limits by heavily investing the Funds’ money in Business Radio Networks, L.P, doing business as BizRadio, a struggling media company. As a result, they subjected the Funds’ investors to substantially greater investment risk than the Funds’ written materials disclosed.”

The statement of facts filed by SEC says that by May 2007 the Wallace-Bajjali Fund had received more than $16 million and had invested more than $6.5 million in BizRadio. The ratio was even higher with the Opportunity Fund, where $7 million was raised and $4 million went to BizRadio, far more than the 20 percent limit. Court documents indicate Wallace and Bajjali entered into an agreement with a company called Investment Adviser in Houston to handle the securities funds. It would appear that the two are casting the blame on that company for violating SEC regulations.

The investors filed a lawsuit in U. S. District Court for the Northern District of Texas trying to recoup their money. The lawsuit is ongoing, but the judge dropped Wallace and Bajjali from the list of defendants and rejected a motion by the investors to have them restored to the list.

The problems that the Wallace-Bajjali firm have encountered are not limited to the SEC investigation. As noted in the earlier Inside Joplin report, the company has also been connected to two bankruptcies.