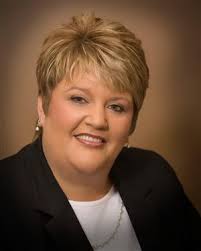 The twin towers of C. J. Huff's tenure as superintendent of the Joplin R-8 School District have been higher graduation rates and the innovative Bright Futures program.

The program, which had already made a difference in helping deal with the poverty in the district, became something almost completely different after the May 22, 2011, Joplin Tornado.

At that point, Bright Futures became the hub around which charity for the school district came from around the world. Hundreds of thousands, perhaps millions, were funneled into the district from people all around the world who had seen the heart and determination of the people of Joplin. Many were enticed into giving by the bold statement Huff made when he said that school would start on time, even though that time was less than three months away.

Bright Futures was a creation of C. J. Huff and to ensure its success he made sure to put someone he trusted in charge of the program. The CEO of Bright Futures and now of the ever-growing Bright Futures USA is Kim Vann, a former employee of the Joplin Area Chamber of Commerce.

It was a bold move by Huff. Not many in his position would have trusted the disposition of millions of dollars in contributions to someone who only six years earlier had filed for Chapter 7 bankruptcy and who, less than three weeks before the Joplin Tornado, was served with papers at the administration building on 15th Street for a lawsuit claiming non-payment on an account.

Her court date was initially set for May 23, but the court was closed that day due to the tornado. A settlement was eventually reached and the case was dismissed June 6, according to online court records.

Most of that debt was of the credit card variety, according to the court documents, with the Vanns owing $41,750 on nine credit card accounts and their car payment:

Court records show that the bankruptcy was declared despite the Vanns making close to $60,000 in 2004, including Mrs. Vann's $50,000+ Chamber of Commerce salary.