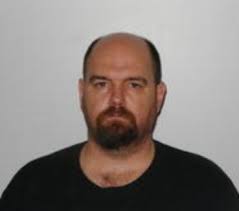 A federal grand jury indicted former South Middle school eighth grade science teacher Charles Dominic Gastel on a charge of sexually exploiting a child.
According to the indictment, which was filed today in U. S. District Court for the Western District of Missouri, between January 1, 2009, and January 1, 2011, Gastel “engaged in sexually explicit conduct” with an underaged girl and made videos of the acts.
Gastel, who resigned his position with the Joplin R-8 School District at the end of the 2012-2013 school year, was initially charged with the crime on July 26.

An affidavit signed by Detective Tim Williams of the Southwest Missouri Cyber Crimes Task Force indicates Gastel was arrested following an investigation that started with a sexual assault complaint July 15 in Carterville.
From the affidavit:
On July 16, 2013, Deputy Chief John Redden contacted the complaintant and victim, “Jane Doe,” at her home located in Lamar Missouri. In a written statement the victim reported that she had been sexually assaulted on June 28, 2013, by Charles Dominic Gastel. The victim specified that Gasteldirected her to take her clothes off. Gastel then started touching her breasts and vagina. Gastel then inserted his penis into the victim’s vagina despite the victim’s protestations.
I then spoke with GASTEL’S son who stated that he saw a video on GASTEL’S black laptop computer depicting GASTEL and the victim engaging in sexual intercourse.
On July 17, 2013, Deputy Chief John Redden along with members of the Children’s Division made contact with Charles Gastel at his home (in Carterville) for an on-sight inspection. After the inspection Gastel agreed to an interview at the Joplin Police Department. Gastel was advised of and waived his Miranda rights prior to the interview. During the interview, I told him that his son saw an incriminating video recording on his laptop. Gastel said there were not any videos on his laptop. I then asked if I had consent to take his laptop and have it searched by forensic technicians. He replied he wanted to talk to a lawyer because there were things on his computer that would end his teaching career. I then took him into custody and transported him to the Jasper County Jail.
On July 18, 2013, Deputy Chief Redden applied for and received a search warrant for the house (in Carterville), to seize digital media, including computers. Investigators seized multiple computers, an X box video console, 3 Sony PlayStation 3 consoles, three cellular telephones, a Sony video recorder, an Olympus Camera, and multiple DVDs and CDs containing videos and pictures.
On July 25, 2013, I performed a forensic preview of the optical media disks collected during the search warrant. While examining the optical media disks, several video files were located as well as image files of suspected child pornography. The images and videos contained depictions of sexual assault being conducted on “Jane Doe” by Gastel. The abuse included vaginal sexual intercourse, and the use of sexual toys to vaginally penetrate “Jane Doe.”
On July 25, 2013, I interviewed “Jane Doe” again. “Jane Doe” stated the videos depicting her engaged in the aforementioned sexual conduct, were created by Gastel when she was 16 years of age. The victim stated Gastel used a digital video recorder, which was collected in the search warrant, set up at the end of the bed on a tripod to record the sexual acts. “Jane Doe” reported that Gastel made two to three videos when she was 16 years of age. “Jane Doe” further reported that Gastel began engaging in sexual acts with her when she was ten years old.
On August 1, Judge David Rush ordered that Gastel be held without bond:
A complaint and supporting affidavit has been filed in this case alleging that the defendant committed an offense involving a minor victim. The affidavit supports a finding of probable cause that the offense charged was committed by this defendant. There exists therefore a rebuttable presumption that there are no conditions which would reasonably assure appearances at all proceedings, as required, and the safety of other persons and/or the community.
Based on the evidence presented at the hearing, there are no conditions that the Court can impose that would reasonably assure the defendant’s appearance at all scheduled hearings and the safety of other persons or the community.
The factors to be considered by the Court in determining whether the defendant should be detained pending trial are enumerated in section 3142(g). The Court has already noted that this case involves a minor victim. The evidence at the hearing established that the weight of the evidence against the defendant is overwhelming.
Regarding potential danger to the community, the Court notes that in addition to the nature of the instant offense, the offense involved defendant’s (identifying information removed by this blog) and there are safety concerns for the victim. Based on all the foregoing, the Court finds by clear and convincing evidence that thedefendant is a danger to the community.
IT IS THEREFORE ORDERED that the defendant be, and is hereby detained without bail.


IT IS FURTHER ORDERED that the defendant be committed to the custody of the Attorney General or his designated representative for confinement in a correction facility separate, to the extent practicable, from persons awaiting or serving sentences or being held in custody pending appeal. The defendant shall be afforded a reasonable opportunity for private consultation with defense counsel. On order of a court of the United States, or on request of an attorney for the Government, the person in charge of the corrections facility shall deliver the defendant to the United States Marshal for the purpose of an appearance in connection with a court proceeding.
Posted by Randy at 10:30 AM