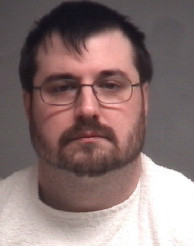 While he may not have had access to the students, Myers did have access to pornographic images of those students, according to a sentencing document filed today in U. S. District Court for the Western District of Missouri.

In the document, Assistant U. S. Attorney Abram McGull says that during a three-hour interview "defendant admitted that he has secretly stored child pornography on his computer. He stated he had approximately 10 child pornography images of Joplin School District co-eds on his laptop. Four of the girl have been positively identified as D. F. (age 15), LS (age 16), GS (age 16) and NC (age 15)."


The sentencing memorandum later says, "The defendant admitted he secretly recorded a 17-year-old engaging in sexual activity and covertly retained child pornography of Joplin School District co-eds who ranged in age from 15 to 16 years old."

The document does not indicate whether the laptop belonged to Myers or to the school district.

The sentencing memorandum includes a long list of transgressions by Myers and a request that the judge sentence him to 25 years in prison when sentencing takes place 10 a.m. Friday at federal court in Springfield.

During the three-hour interview, Myers admitted to having sex with the nine-year-old daughter of his girlfriend five years ago and to setting up a meeting at Northpark Mall with the girl February 15 during his lunch break. However, it was not the girl, but a member of the Cyber Crimes Task Force posing as her who had set up the meeting.

Realizing that he was about to be arrested, Myers took off and was involved in a high-speed chase before being captured.

Myers also admitted that he had sex with his new wife's three underaged daughters.

"The defendant was very candid and forthcoming about his sexual attraction to little girls less than 12 years of age."
Posted by Randy at 10:59 AM