2013 in Review: What the Joplin Globe hasn't told you about Wallace-Bajjali 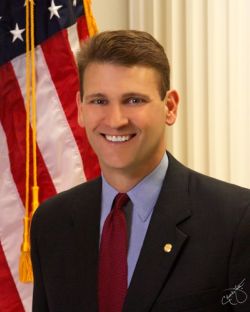 (Note: This is a slightly reworked version of a Turner Report post from November 26, 2012.)

The next three paragraphs are the extent of the Joplin Globe's investigation into the background of a company that eventually will most likely spend more than $1 billion in its large-scale plan to develop the tornado-damaged portion of Joplin.
Wallace Bajjali has been involved in two projects that hit difficulty. Rohr said the firm disclosed details of those problems in its Joplin proposal, and that inquiries by city officials verified the firm’s admissions. Those incidents involve a bankruptcy taken by some its partners in the Amarillo project, and fines paid to the Securities and Exchange Commission for investment fraud committed by two partners in a radio acquisition deal. - March 27, 2012, Joplin Globe
Two previous Wallace Bajjali projects hit snags because of problems involving partners. In one, work was delayed when a partner went bankrupt. In the other, a partner was found to have violated Securities and Exchange Commission rules in a business radio investment, which resulted in Wallace Bajjali paying a fine.City Manager Mark Rohr previously said the firm’s principals voluntarily disclosed those issues, and a background investigation substantiated the firm’s disclosure. Rohr said he was satisfied that there was no wrongdoing on the part of Wallace Bajjali in those cases.July 2, 2012, Joplin Globe
That's it. The extent of the Joplin Globe's examination of the background of the Wallace Bajjali firm that has been entrusted to handle $794 million in development of the area struck by the May 22, 2011, is printed above.


And though everything that is written in those paragraphs may well be accurate, it certainly would be an excellent idea for the area's newspaper of record to examine Wallace Bajjali's problems with its developments in Waco and Amarillo, Texas.
It did not take me long to come up with this for the March 31, 2012, Turner Report.
As of Friday, David Wallace is free and clear as far as the Securities and Exchange Commission is concerned.

That was the day Wallace, CEO of Wallace Bajjali, the company expected to be hired as master developer for the city of Joplin's tornado recovery efforts Monday by the City Council, made his last payment covering his fine for fraud.

It was Wallace's fourth payment of $15,006.72, covering his $60,000 fine plus interest. His partner, Costa Bajjali, also made his final payment for that amount Friday, according to U. S. District Court for the Southern District of Texas documents.

Both men entered into agreements May 24, 2011, to pay the fines, though neither admitted to any wrongdoing.

Joplin city officials say they are fully aware of the SEC fines and have corroborated Wallace's claim that others were at fault.

In its complaint, which was filed May 20, 2011, the SEC alleged that between November 2006 and December 2008, Wallace and Bajjali "offered and sold securities in two real estate funds they controlled in Houston, Texas, called the Wallace Bajjali Investment Fund II, L. P. and the Laffer Frishberg Wallace Economic Opportunity Fund, L. P. In written disclosures relating to the securities offerings, Wallace and Bajjali represented to investors that they would limit the Funds' investment in any one business or project to certain percentages of the money the Funds raised- no more than 33 percent for the Wallace-Bajjali Fund and no more than 20 percent for the Opportunity Fund. Contrary to their written representation, Wallace and Bajjali far exceeded these limits by heavily investing the Funds' money in Business Radio Networks, L.P, doing business as BizRadio, a struggling media company. As a result, they subjected the Funds' investors to substantially greater investment risk than the Funds' written materials disclosed."

The statement of facts filed by SEC says that by May 2007 the Wallace-Bajjali Fund had received more than $16 million and had invested more than $6.5 million in BizRadio. The ratio was even higher with the Opportunity Fund, where $7 million was raised and $4 million went to BizRadio, far more than the 20 percent limit.

Court documents indicate Wallace and Bajjali entered into an agreement with a company called Investment Adviser in Houston to handle the securities funds. It would appear that the two are casting the blame on that company for violating SEC regulations.
Later that day, I followed up with information from the Amarillo Globe-News:
Earlier today, the Turner Report noted that David Wallace, CEO of Wallace Bajjali, the Texas firm recommended by the city of Joplin's Citizens Advisory Recovery Team to become the city's master developer in its tornado recovery, had made his final payment of a $60,000 fine for an SEC fraud violation.

Wallace and his partner, Costa Bazzali, neither admitted nor denied wrongdoing, but their deal also includes paying back approximately $1.2 million to investors.

From the Amarillo Globe-News:

The settlement sets Dec. 31 as the final deadline for three Wallace Bajjali real estate investment limited partnerships to repay $879,176 in loans they got from Kaleta Capital Management, plus interest.

Under the agreement, Wallace Bajjali Development Partners also said it will pay an additional $350,000 to $400,000, with interest, from the firm’s private earnings from an Amarillo downtown revitalization project.

The SEC sued Kaleta, Frishberg and their businesses in 2009. The SEC appointed Taylor to trace money investors sank into Kaleta and Frishberg’s network of affiliated companies that allegedly commingled and misappropriated investors’ money, according to court documents in the ongoing SEC case and a related bankruptcy case.

Much of the investment capital allegedly misdirected by Kaleta and Frishberg went into the radio network, dubbed BizRadio, which “broadcast programming designed to attract clients” to a Frishberg financial services company and a Frishberg and Kaleta investment advisory business, according to a Feb. 11 status report in the bankruptcy case.

The SEC investigation extended to David Wallace and partner Costa Bajjali, who in May agreed to each pay about $60,000 in fines for exposing investors in struggling BizRadio to excessive risk, a situation Wallace blamed on the media company.


It should be noted that the Waco bankruptcy mentioned in my July 6 post was not mentioned in the earlier Joplin Globe coverage.

So how about all the families that are being forced out of their homes by Wallace-Bajalli and Four State Homes? Many are being forced to sell for the betterment of Joplin. Do we really need more empty strip malls?