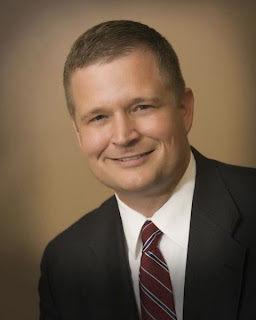 If you are one of those who is wondering why the Joplin R-8 Board of Education has done nothing to stop the out-of-control spending spree that has been engineered by Superintendent C. J. Huff and Assistant Superintendent Angie Besendorfer, there is a good reason why they have allowed it to continue.

They approved it, 7-0 of course, all of their votes are 7-0, when they approved the district's strategic plan this summer.

The plan includes an observation that the district's reserve fund would sink as low as eight to 10 percent by 2015,and since that time no one in administration has made any effort whatsoever to cut down on the spending spree.

The district's reserves are already rapidly approaching that eight to 10 percent mark, construction projects have become bloated, primarily because of Dr. Besendorfer's insistence that the new schools all be "dream" schools, and Huff, Besendorfer, and upper administration continues to hopscotch around the country as if the money is coming from a perpetual motion printing machine in the basement.

The district's true financial condition was brought up during the public comment portion of the October board meeting, when former Irving Elementary Principal Dr. Debbie Fort, while asking the board to consider a policy allowing retiring employees to donate sick leave to those who have catastrophic illnesses, said they would obviously prefer to to be paid for the days, but "with our budget constraints, with our reserves being down to 14 percent and I have heard somewhere they are going down to eight to 11 percent," she said she knew it could not be done.


If Dr. Fort’s information was incorrect, that could have been sending an unnecessary negative message about the district’s finances, yet no one contradicted her and those attending the meeting included Huff, the board of education, and the district’s CFO, Paul Barr, all of whom could have corrected any misinformation.
All of them remained silent.
Over the past few months, the spending has remained at all-time high levels. At a time when the taxpayers are already paying nearly $100,000 a month to rent the mall high school and $36,000 a month for the East Middle School warehouse, the following expenditures have been reported.
-The board approved spending at least $30,000 to send 15 administrators to Washington, D. C. for a conference.
-An additional $15,000 was approved so 15 employees could update Facebook pages.
-Huff plunked down $2,783.88 of taxpayers' money to pay for a celebration banquet where he told the city's business leaders the good news about the 86 percent graduation rate- news, it might be added, that he had been aware of for weeks, but kept secret so as not to spoil the banquet.
-$334,000 for IPads for all district eighth graders, with plans to add sixth and seventh graders soon at a cost of another $650,000 to $700,000
-Nearly $2.2 million over the next four years for more 21st Century learning coaches, who primarily serve as the eyes and ears of upper administration in each of their schools, and at the present time are reportedly participating in all-day meetings one day a week at the administration building at 32nd and Duquesne. A lot of coaching gets done that way.
-Approximately $1.7 million over the next four years for the new career pathway directors. The district is now shuttling high school students into one of five career pathways. Each of the pathways has its own director, and the administration also added a sixth director to direct the directors. In the old days, these duties were taken care of by people called principals. Not under Dr. Besendorfer's 21st Century learning plan.
-The last three items were all part of the district's 2012 federal Race to the Top application, which was roundly rejected by the U. S. Department of Education, yet district taxpayers were handed the bill when the federal government refused to pass it along to all American taxpayers. Another item on that Race to the Top list was a request for money to pay all high school and middle school teachers to spend an extra non-contract hour at school every day for mentoring and meetings (under this administration, everything is about meetings). Movement is already being made in that direction. The district's estimated cost to pay the teachers to work an hour longer- $3.5 million over four years. That was the one district officials told the federal government they would not be able to cover with their regular budgeted money and would have to go to the Joplin R-8 taxpayers for a levy increase. That statement was made less than six months after voters, by a 46-vote margin, approved the largest bond issue, $62 million, in the district's history.
-$2,000 to motivational speaker Terri Tucker for a retreat in which she encouraged board members to ignore the day-to-day concerns of the public and listen only to their administrators. Ms. Tucker was a school board member at Reeds Spring who was voted out because she supported Dr. Besendorfer as superintendent and then she later wrote a letter to the Joplin Globe praising Besendorfer shortly after Besendorfer was hired six years ago.
-At least 10 district employees attended the National Career Pathways Network Conference at the Grant Hyatt Hotel in San Antonio where the overriding topic was "Linking Education and Economic Prosperity." Topics discussed at the conference included the following: "Building a Talent Pipeline That Connects Business with Future Employees," "Testing and Common Core Statements vs. the Classroom Environment," and "Using the Internet and Social Media to Collect Data." The district's representatives reportedly made a presentation on career pathways. The cost for registration for the conference (expenses not included) was $5,690.
-Six district officials presented at the National Career Academy Coalition Conference Oct. 24-27 in Phoenix on the subject of "Designing School As Unusual," which reportedly featured another explanation of how the district, to use a phrase that has been used often by Assistant Superintendent Angie Besendorfer, has found a "silver lining in a funnel cloud" and built the kind of schools that it had always dreamed of creating. At this point, the records on the cost of that trip do not appear to be in the board documentation.
-A $20,000 device to allow administrators to make sure teachers are using enough technology in their lessons.

Perhaps I have been a bit too hard on the Board of Education. After all, they did approve a contingency plan to take care of servicing every need that C. J. Huff or Angie Besendorfer might have.

Joplin Schools will raise $1 million annually for the next 5 years to ensure the sustainability of district programs and initiatives for our kids.

And their strategic plan promised to keep a balanced budget, unless, of course, they don't.

The annual budget proposal will be for an overall balanced budget unless reductions in reserves are planned due to capital projects in process or other board approved purposes.

That, of course, falls under the accounting principal of we will spend taxpayers' money wisely, unless there is something expensive we can buy and slap the tag 21 Century on it.

Financial accountability will be demonstrated through increased financial transparency by
providing timely, meaningful and reliable information to the public.

Now that one is true. The board probably just never dreamed when it approved that part of the strategic plan that it would be the Turner Report that would have to provide that information.

Meanwhile, our board of education, with its never-ending string of 7-0 votes, has spent millions of dollars in taxpayers' money for today's version of $24 worth of trinkets.

***
If you want to help expand on the Turner Report's coverage of news that the Joplin Globe and other area news outlets will not tell you, feel free to purchase a voluntary subscription at the button on the upper right hand side of this page. Thank you.
Posted by Randy at 9:28 PM

What exactly are those five career paths that they plan to push all the students into? I find it difficult to believe that a High School Student has a clue as to what career to enter at this time of his/her life.

When I was at JHS, we kind of naturally picked our own paths. If we liked music, we took music classes. If we liked construction we took construction class. No one had to declare a career. We took our basic classes and then we took what interested us. I don't see why the students need this career path program. It's just another political football so someone looks good. It makes it look like the district is trying, when the kids aren't even learning the basics anymore. Stupidity. If I lived in Joplin I would've voted against it. Too restricting and expensive.

I was talking to a friend of mine on a school board in a neighboring district. We discussed this situation with the reserves being spent down and the corners being cut on the buildings that the public voted for. He was appalled. He said it just doesn't happen.

So, how did we burn through over 100 million in insurance, 62 million in bond money, who knows how many millions in donations (you'd have to ask those at Bright Futures that question, and they wouldn't tell you even if they were bright enough to know), and the reserves, and still not have the buildings we voted for? Where did it go? Coach bags? Mercedes cars? Luxurious homes? It absolutely has to be revealed. I have my pitchfork, lantern, and tar bucket all dusted off and ready to go. We need an audit. Where are our legislators when we need them?!? Board members won't be the only ones voted out of office if this isn't done very soon.

I double dog guarantee you that when that much money passes through any governmental entity, there are some bleed off accounts hidden somewhere in the money trail.