2013 in Review: Board approves blueprint on how Facebook, C. J. Huff speeches, can make Joplin Schools number one 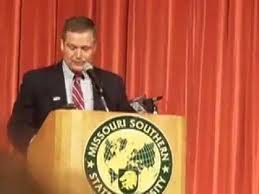 For those who thought life could not get better in the Joplin R-8 School District, the best is yet to come.

During its June 25 meeting, the R-8 Board of Education approved a plan which includes having Superintendent C. J. Huff deliver annual State of the District messages as part of an effort to make Joplin schools the place where everyone wants to come.

No word was mentioned on whether the state legislature and Missouri Supreme Court members would be invited.

The Comprehensive School Improvement Plan approved at the June 25 Joplin R-8 Board of Education meeting details how R-8 administrators plan to use a combination of social media, positive stories from the traditional media and "satisfaction surveys" to make Joplin "the school district of choice in southwest Missouri by demonstrating annual improvement in overall patron, parent, and student satisfaction."


That idea of improving and increasing the district's social media presence led to the call for applicants for 15 teachers to receive $1,000 stipends to manage Facebook pages for every school in the district.

The improvement plan includes five areas in which the district plans to improve between now and 2017. The media plan is the fourth standard and is reprinted below directly from the board documents found on the district website. 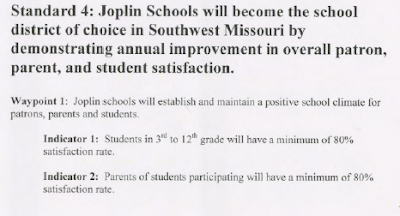 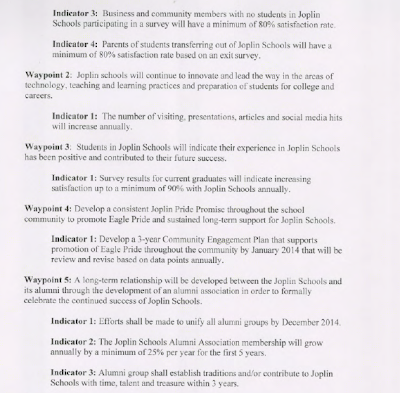 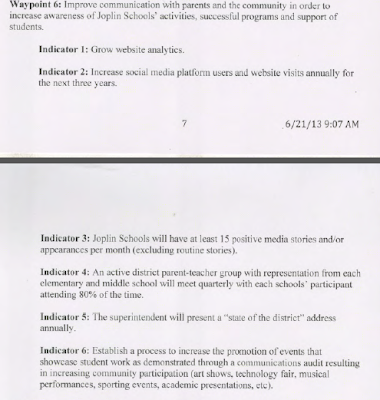