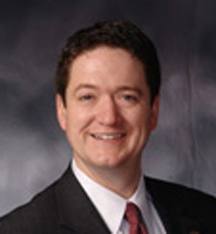 For the most part, you won't see the wining and dining of Missouri GOP leaders by ALEC special interests spelled out in lobbying documents filed with the Missouri Ethics Commission.

The operation is much more sophisticated than that.

The expenses, and there are plenty, are buried in finance documents filed with the Commission.


In less than a year, Smith has forked over $1,325 in registration fees to ALEC from his campaign account, including $475 for the national conference at the Grand America Hotel in Salt Lake City, Utah, in July.

But Smith's use of his campaign account for ALEC expenses pales in comparison to the operation of Speaker of the House Tim Jones, R-Eureka.

In his most recent filing, Jones lists as "event expense"  six Nov. 28 payments to special interests, including $545.48 to Ameren, $60.83 to the lobbying firm of Gamble & Schlemeier, $136 to Pelopidas, the lobbying firm for Rex Sinquefield and his Show-Me Institute, and $136 to Penman & Winton, the lobbying firm that represents, among other clients, Michelle Rhee's Students First and AT&T.

The secretive meetings reportedly outlined ALEC's legislative agenda for 2013 and attempts by the organization to fight back against the public relations losses it has suffered in the wake of the shooting death of Trayvon Martin in Florida, which came about as a result of the "Stand Your Ground" laws written by ALEC and various Voter ID bills.

The Turner Report has previously noted that Jones has received shady, borderline illegal campaign contributions from ALEC. According to IRS rules, ALEC a 501(c)3 group, cannot become involved in politics, but Missouri Ethics Commission documents indicate Jones received $2,673,97 in contributions from the organization during the 2012 calendar year.

Jones also picked up a $450 "sponsorship" from ALEC on Feb. 10, according to Ethics Commission records.

ALEC would appear to be getting its money's worth out of Jones since his first news conference as speaker included an echo chamber endorsement of ALEC's anti-teacher, anti-public school sentiment, and a promise to lead an attack on teacher tenure and after playing coy earlier, has jumped on the side of ALEC's cookie-cutter right-to-work bills.