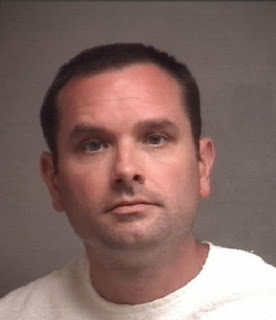 The man taken into custody for Friday night's murder of Missouri Southern State University offensive line coach Derek Moore had another connection with the university.

Jeffrey Bruner, 39, Joplin, is the husband of Dawn Michelle Bruner, who was sworn in Nov. 12, 2012, as the first member of Missouri Southern's reserve police officer force.

According to a release from Southern News Service:

Bruner, originally from Springfield,  graduated from the Missouri Southern State University Police Academy in December 2011.
She completed the mandatory 600 hours of training to acquire her  Police Officer Standards and Training (P.O.S.T.)

certification. The program is the regulatory agency that is responsible for the licensure of peace officers, reserve peace officers, basic training instructors, curriculum, and training centers in Missouri. She has worked for the Lawrence County Sheriff's office.

The reserve officers help with special events, traffic control, and otherwise as needed.

Jeffrey Bruner is being held in the Joplin City Jail. Police have turned over information to the Jasper County Prosecuting Attorney's office for the filing of charges.

According to the Joplin Police Department, officers were called to Northstar 14 at 9:50 p.m. Friday night after a report of shots being fired. A Duquesne Police officer was the first arrive and took Bruner into custody at 9:52 p.m.

Moore was taken to a local hospital where he died
Joplin Police described the murder as a "targeted" shooting.