Joplin Progress Committee: Stick a fork in it 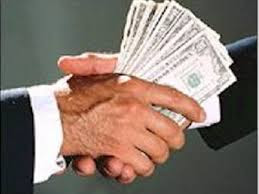 The Joplin Progress Committee, the group of well-heeled power brokers who wanted to tell the rest of us how to vote in city council and board of education elections, is no longer open for business. at least not in an official capacity.

The committee, which has had mixed results in its efforts, filed termination papers with the Missouri Ethics Commission Friday.

The remaining $2,179.68 in the committee's bank account was donated to the United Way of Southwest Missouri and Southeast Kansas.

The committee started with a mission to elect council members and board members who believed in their vision of sitting back and letting administrators, primarily City Manager Mark Rohr and Superintendent C. J. Huff, totally run the show.

That mission became more one of payback when the City Council, by a 5-4 vote, fired Rohr in February 2014. Two of those who voted against Rohr, Jack Golden and Trisha Raney were targeted. Initially, the committee announced it would support candidates Ryan Stanley, Miranda Lewis, Gary Shaw, and Michael Seibert and provided money to Stanley and Seibert (Lewis accepted the endorsement, but not the money).

At the time, the committee did not endorse Councilman Mike Woolston, who was up for re-election since Woolston's name had just been tarnished by the release of the Loraine Report. Later, with no fanfare, the committee released literature backing Woolston along with the other candidates and poured money into his campaign.

The results were nowhere near as good in the school board races in 2014 and 2015. The top vote-getter in 2014, Debbie Fort, was not supported by the committee, though it supported the other successful candidates, incumbent Randy Steele and Lynda Banwart.

In 2015, the committee endorsed only one successful school board candidate, former Joplin Police Chief Lane Roberts, who had taken the position as head of the Missouri Department of Public Safety. The other successful candidates, Jeff Koch and Jennifer Martucci were not on the committee's list.

The demise of the Joplin Progress Committee does not mean that the efforts by the people who served on the committee and/or contributed to it to gain control of the City Council and Board of Education will cease. Committee members have taken a public relations hit as their efforts have been publicized. That, more than anything else, led to the decision to change tactics

When the committee's existence was first announced in a Joplin Globe article, much was made about committee members wanting to do things aboveboard and where its actions would be open. That apparently is not a concern any more.

Reportedly, top committee members have already tabbed at least one City Council candidate and one Board of Education candidate for the April 2016 election.

For those who complained when I continuously referred to the "secretive Joplin Progress Committee," there will no longer be any reason to complain.

Too much sunshine left our unelected power brokers too uncomfortable, so now they have scurried back into the darkness.

***
For those wanting more information on who was involved with the Joplin Progress Committee, type the committee's name in the search field on the upper left hand side of this page and you will find the previous stories that have run in the Turner Report.
Posted by Randy at 6:26 PM

A new committee will/had been formed and will have even more money than before. Same people behind it. You heard it here first. Watch for it.

Was this the big circus that packed the BOE meeting? Boorishbehavior from so called "elite"
I was so embarrassed for them

Good lets move on, bright futures is next.