Senator: Give Joplin developer time with family before he goes to prison 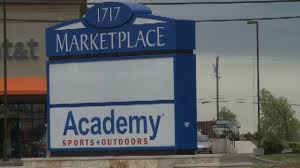 When Richard Gregg, the former developer of 1717 Marketplace on Rangeline in Joplin is sentenced for bank fraud and bankruptcy fraud a week from today, the best he can hope for is the opportunity to spend some time with his family before he goes to prison.

Gregg has been locked up since his arrest, repeatedly denied bail because authorities alleged he was continuing to commit crimes while behind bars.

Five letters asking the judge to allow Gregg some time with his family before he begins his prison sentence were filed in U. S. District Court for the Western District of Missouri today.

Four came from family members, while the fifth was written by Sen. Jay Wasson, R-Nixa.

I have known Rick all my life and have watched his children grow up. I am not writing in defense of his actions as I am not informed in regard to all the circumstances of his charges.I would respectfully ask that you consider giving him some time with his family before he is transported to a facility to begin serving his sentence.

Rick has five children and four beautiful granddaughters. Many of them have not seen him in over a year. I believe his family deserves some time with him in order to begin to deal with the confusion and unresolved feelings which have resulted from his many months of incarceration.

I believe Rick is very remorseful for his past actions and I do not feel that allowing him time with his family would in any way result in risk to the community.

No words can express the time that he's spent in jail and the numerous birthdays, events, my wedding, and everyday luxuries that he's missed. He's maintained an unbelievably positive outlook on everything, from wanting to spend more time with his family and trying to make the best of the situation. I know you have to factor in a lot of things when you come up with your decision to allow him some time to spend with his friends and family before continuing his sentence and I truly appreciate you allowing us to write about some of the positive traits of my dad.

Growing up, my brothers and I played sports. We played basketball, baseball, tennis, pretty much anything with a ball. He was always our coach, spending countless hours coaching our teams and practicing with not only his own boys, but the other kids on the team. He took all of us on long trips, sometimes taking other kids with us and paying for them to stay with us, providing food and anything else we all needed and wanted. This was a pattern throughout our young lives and extended into junior high, high school, and college.

My grandparents and my dad’s parents are getting older and may not be with us for an extended period of time. I hope that isn’t the case because they are absolutely incredible people, but I would be saddened if something happened to them before my dad was released. I know that’s a tough way to look at providing my dad some time before he continues his sentence but I hope you take that into consideration. I know he would love to be able to see my mom, his parents, his kids and grandkids. I can tell it hurts him deeply, not seeing his parents and not being able to see his grandkids grow in these ‘character shaping’ years. He’s been there for his kids, his parents, and now grandchildren and I know it would mean the world to all of us and to him to be able to share a little bit of time together before he finishes his time served.

His daughter, April Tindall, noted, "Being in Greene County Jail has humbled him, got him reading the Bible, and not controlling things on his own but leaning on God. It has softened him to realize the important things in life, which his relationship with God, his family, and doing right."

Gregg's crimes are detailed in this April news release from the U. S. Attorney for the Western District of Missouri:


A Springfield, Mo., businessman pleaded guilty in federal court today to engaging in fraud schemes, even after he was under indictment and while incarcerated, that totaled more than $3 million in losses.

Gregg was the principal shareholder and a director of Southwest Community Bank in Springfield, which failed in May 2010. In the factual basis to his plea agreement, Gregg admitted that the United States could prove he substantially jeopardized the soundness of that financial institution and directly contributed to the failure of the bank. Southwest Community Bank lost $679,399 on Gregg’s personal line of credit and $871,125 on a commercial real estate fraud scheme perpetrated by Gregg, for a total loss of $1,550,524.

Gregg and his wife also were majority shareholders in Glasgow Savings Bank in Glasgow, Mo., which failed in 2012. Prior to Glasgow Savings Bank’s failure, it was one of the oldest operating banks west of the Mississippi River. Gregg was also a real estate developer, an investor and a licensed insurance agent for the Shelter Mutual Insurance Company. Gregg had ownership interest in and controlled a number of business entities.

Under the terms of today’s plea agreement, Gregg will be sentenced to six years and six months in federal prison without parole and must pay $3,098,896 in restitution to the victims of his fraud schemes. A sentencing hearing will be scheduled after the completion of a presentence investigation by the United States Probation Office.

Gregg transferred his interest in two parcels of real estate, a 97.2-acre tract and a 6.4-acre tract in Nixa, Mo. Gregg also filed $250 million in bogus liens on his real and personal property in order to keep them out of the hands of his creditors. Gregg admits that the United States could prove he reported $45,773,834 in unsecured debts to others, which he fraudulently attempted to have discharged in his personal bankruptcy case.

In addition to the two counts to which he pleaded guilty, Gregg admitted the United States could prove by a preponderance of the evidence all of the other conduct alleged in the indictment against him, including two other bank fraud schemes, wire fraud schemes targeting two casinos, and money laundering.

In one bank fraud scheme, in 2008 Gregg defrauded Southwest Community Bank by selling the bank a piece of commercial real estate at 2814 S. Fremont in Springfield for $1,551,9440, when it was worth less than half that amount. Gregg did not disclose to the other bank directors that he had purchased that property for $775,000 a few months earlier, nor did he disclose that two appraisals had been conducted on the property in recent months. One appraisal valued the property at $762,000. The second appraisal was cancelled when Gregg disagreed with the preliminary work. After Gregg cancelled the appraisal, he had the bank order an appraisal of the Fremont property by another appraiser, who valued the property at $1,580,000. Gregg did not disclose to the bank that this appraisal was not an independent valuation of the property, but rather was something Gregg had, in essence, directed.

In another bank fraud scheme, Gregg used collectible automobiles as collateral to obtain loans, then sold the cars without paying back the loans. Gregg admitted that the United States could prove that in January and February 2010 he executed separate but related schemes to defraud Great Southern Bank, Metropolitan National Bank and People’s Bank of the Ozarks. As a part of these schemes, Gregg sold seven collectible automobiles at the Barrett-Jackson Auto Auction in Scottsdale, Ariz. Five of the automobiles were encumbered at the three banks.

Gregg borrowed $400,000 from Great Southern Bank in October 2007, which he secured with four collectible automobiles, including a 2006 Ford GT. Gregg consigned the 2006 Ford GT with the Barrett-Jackson Auto Auction in Scottsdale, Ariz., where on Jan. 23, 2010, the vehicle was sold at auction for approximately $150,000. Gregg chose to not return the proceeds of the sale of the Ford GT ($138,000 after deducting the auctioneer’s fee) to Great Southern Bank and instead used the funds for other purposes. When Gregg defaulted on the loan, Great Southern Bank realized a $129,644 loss.

Also, Gregg borrowed $400,000 from Metropolitan National Bank in 2005. He secured this loan with a “floor plan” financing, meaning the loan was a revolving line of credit made against specific pieces of collateral, in this case automobiles. When each vehicle on the floor plan was sold, the loan advanced against that piece of collateral was to be repaid. This loan was renewed in December 2009. In January 2010, the collateral included a 1971 Chevy Cheyenne Pickup. The portion of the loan’s balance collateralized by the 1971 Chevy Cheyenne Pickup was $17,221. Gregg also consigned the 1971 Chevy Cheyenne Pickup with the Barrett-Jackson Auto Auction, and it was sold for approximately $29,000. Gregg admits the United States could prove he chose to not return the proceeds of the sale ($26,680 after deducting the auctioneer’s fees) to Metropolitan National Bank and instead used the funds for other purposes. When Gregg defaulted on the loan, Metropolitan National Bank realized a $17,221 loss.

Gregg also admits the United States could prove that on Aug. 14, 2012, he filed a substantially fraudulent corporate bankruptcy petition for his company, 1717 Marketplace, LLC, that misrepresented the company’s financial situation to the material detriment of creditors, and concealed more than $9 million in debt owed to the company by insiders, payments he had directed.

Following his indictment by a federal grand jury on Feb. 28, 2013, Gregg was released on a personal recognizance bond. While he was on bond, Gregg committed substantial, additional criminal offenses, for which the grand jury issued the first superseding indictment on July 23, 2014. The court found that Gregg had violated his conditions of bond by committing federal crimes while on release. The court found that Gregg posed a danger to the community in the form of potential economic harm, and that Gregg was unlikely to abide by any condition or combination of conditions of release. For those reasons, the court ordered Gregg’s bond revoked and he was incarcerated.

Gregg, through counsel, filed a motion asking the court to reconsider its order. Prior to the hearing, the government obtained and reviewed recordings of Gregg’s telephone conversations and prison visits, preserved on the Greene County Jail’s recording equipment. The recordings revealed that Gregg had conspired with others to commit new crimes from jail. On Nov. 3, 2014, the court issued an order denying the motion to reconsider bond.

On Nov. 4, 2014, the grand jury returned a second superseding indictment, which charged Gregg with additional acts of bankruptcy fraud.
Posted by Randy at 4:51 PM

This man is so unlike the average crook. He doesn't steal gas or shoplift. He also knows lots of important people. Why should he be treated like a convicted criminal? He reads the bible too. Consequences are for little people, have some pity.

Do the crime, serve the time.

In a few years he will be out of jail and maybe he will have turned his life around. After he gets a pardon and pays all the restitution these old blog posts will continue to haunt him.

This is where I want to see David Wallace and Costa Bajjali. These two crooks need to be locked up. I hear they continue to live big lifestyles. Money is of no worries to either one.