American For Prosperity- Right to work will come to Missouri 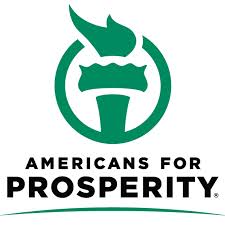 (Americans for Prosperity Missouri was not pleased with the failure of the Missouri House of Representatives to override Gov. Jay Nixon's veto of right to work legislation Wednesday. The news release is printed below.)

Gov. Nixon stood between Missourians and freedom as the Missouri State Legislature failed to override his veto of HB116, right-to-work legislation. In May, the Legislature voted to pass this worker freedom law, but Governor Nixon vetoed the legislation while profiting from special interests. Americans for Prosperity Missouri has conducted an accountability campaign encouraging legislators to override the Governor’s veto, mobilizing its grassroots volunteers to knock on more than 100,000 doors and make more than 300,000 phone calls.

“Gov. Nixon is the roadblock between Missouri and more prosperity, after bowing down to union bosses he blocked the legislature and the will of most Missourians,” said Luke Hilgemann, CEO of Americans for Prosperity. “While the price of Gov. Nixon’s support seems to be $50,000, you can’t put a price tag on worker freedom; this isn’t the end for right-to-work. Two years ago right-to-work did not seem possible in Missouri, but through education efforts and building a consensus around individual freedom we have seen Missourians embrace it.”

“Standing up for worker freedom is a fundamental right and because of that this isn’t the end of right-to-work for our great state. Momentum is clearly on the side of freedom - our lame duck governor and his financial sponsors are on the wrong side of history.”
Posted by Randy at 11:02 AM

How come conservatives don't boycott union jobs? They are only 10% of all jobs.

How come conservatives boycott everything except union jobs?