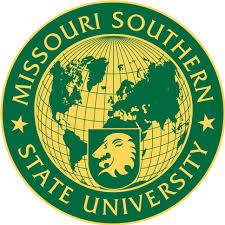 The economic impact of Missouri Southern State University on Jasper County in 2013-14 was almost $200 million, the Board of Governors learned Friday during a review of a recent economic impact study.

Dr. Brad Hodson, the university’s executive vice president, said the study was commissioned in order to better quantify that financial impact and to effectively communicate the findings with local leaders and stakeholders.

The study was conducted by Impact DataSource, a nationally-recognized consulting, research and analysis firm in Austin, Texas. IDS has conducted more than 2,500 economic impact studies for a variety of private and governmental clients, including universities such as North Dakota State, Texas A&M, Texas Christian, Ohio State, Mississippi and Minnesota State.

Among the study’s key findings:

§ Missouri Southern had a total economic impact on Jasper County of $198.6 million in 2013-14. This included direct and indirect workers’ earnings, economic output by the institution, and spending by visitors.

§ MSSU directly employs 697 individuals with an additional 700 “spin-off” jobs in the local economy. Total workers’ earnings for these 1,397 total jobs was $65.5 million.

§ The direct financial impact of university operations on the economy was $105.4 million. This takes the form of output or sales by the institution.

“I think the study demonstrates what we’ve known for some time … that Missouri Southern is a significant player in the local economy,” said Hodson.

By drawing students to the region, the university’s operations create a ripple effect that impacts the entire community, he said. The university’s already significant role along with partnerships with local businesses and industry can serve to grow Southwest Missouri in two important ways.

“One, we can be a partner in attracting new businesses to the region,” said Hodson. “And two, we can provide an educated workforce with the skills needed in today’s economy.”

Dr. Alan Marble, university president, said the study’s findings should not come as a surprise.

“From the money our students and employees spend in the region to the dollars that are generated as parents and fans attend events on campus, Missouri Southern is making a powerful fiscal impact,” he said

To view the full report, visit www.mssu.edu/impact.
Posted by Randy at 7:36 PM

bunch of hogwash telling the buyers, in this case MSSU what they want to hear? The multipliers used to generate numbers have absolutely no validity. Do people really think a student.. Every MSSU student spends, on average, $12,262 per year in Jasper County... And the amount visitors spend and the recylce in the money in the community can be multiplied by 1.5...2.0...3? Each time raising the results. But it works as a talking point. Just like 250,000 visitors come to joplin everyday. Keep saying it and people believe it....

76 rusty trombones and Joplin could have a professional sports team!