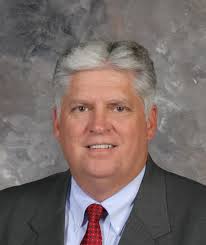 The administration at Missouri Southern State University has expressed its support for Gov. Jay Nixon’s announcement of a proposed 6 percent increase in state appropriations for next year.

If approved, the increase will allow the university to hold student tuition at the current rate for the 2016-17 academic year.

On Monday, Nixon met with leaders from Missouri’s two- and four-year institutions to announce a tuition freeze for the 2016-17 school year. He also announced that his proposed budget for Fiscal Year 2017 will include $55.7 million in performance funding for higher education – an increase of 6 percent.

“The legislature will review the governor’s budget in January, and we applaud his efforts to restore funding that has been stripped away over the years,” said Dr. Alan Marble, university president. “Anything we can do to help our students is a great thing.”

Marble said the only risk he sees is if state revenue does not come in as projected.

“The General Assembly has a tough job when it comes to balancing the budget,” he said. “The governor is committing to increase state appropriations for higher education, and we feel hopeful that the budget situation will continue to improve.”
Posted by Randy at 3:49 PM

What happens if the Republican-controlled legislature does not agree with Nixon's plan? Can the universities raise tuition in that case? It is very unlikely that higher education will end up with a 6% increase.