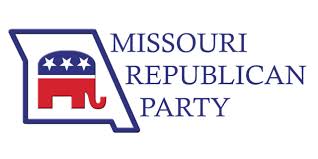 On Saturday, the Missouri Republican State Committee approved the rules and procedures governing the process for selecting Missouri’s 52 delegates to the 2016 Republican National Convention in Cleveland, OH.

Included in the plans are several changes intended to make Missouri more relevant in the national nominating process by encouraging presidential candidates to campaign throughout the state. The most noteworthy change is the process by which Missouri will allocate our national delegates.

“The 2016 election will be critical for the future of our state and our country, and Missourians deserve an opportunity to have their voices heard in the nominating process,” said Missouri Republican Party Chairman John Hancock. “We believe this plan will encourage candidates to campaign in every area of the state, allowing Missourians to see and evaluate them before they go to the polls.”

In addition to the March 15 primary, local caucuses will be held April 9, followed by the Congressional District Conventions on April 30 and the State Convention in Branson on May 20-21.

For the first time, the State Committee also passed a single set of rules that each local caucus will be required to follow.

“The State Committee has learned from the past, and we were determined to make substantive changes to unify our party behind our eventual nominee,” said Chris Howard of Ballwin, the State Committeeman who led the effort to craft the new plans. “We brought together Republicans representing all factions of our party to create fairer process while making Missouri more relevant in selecting the next Republican President of the United States.”

The documents passed by the Missouri Republican State Committee are available here: