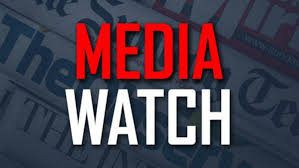 As the five-year anniversary of the May 22, 2011, Joplin Tornado approaches, it is easy to see that a movement is already underway to cash in once again on the idea that the city of Joplin is a model that other cities which suffer natural disasters should follow.

Much of the thinking behind that idea is on the money. Joplin residents showed a resilience and self-reliance that earned the admiration of the nation and the world. It was also a positive story in that people came by the thousands to this city to do whatever they could do to help in the recovery.

The rebuilding of Joplin, at least as it has been done by those in the private sector, has been nothing short of remarkable.

These are stories that need to be told.

It is the other part of the story, the public part of the recovery, that was made into a mythology, filled with larger than life characters- a Mark Rohr talking about "the miracle of the human spirit," a C. J. Huff saying that school will start on time, a Mike Woolston saying that no tornado was going to kick Joplin's ass. As one by one the heroes of the Joplin Tornado have fallen, brought down in each case through their sense of their own infallibility and their inability to recognize when they have crossed legal and ethical boundaries, those who backed them in their post-tornado misadventures, an unelected group of self-appointed community leaders whose names can be found on the rosters of the Citizens Advisory Recovery Team and the late, unlamented Joplin Progress Committee, have executed a coverup, a whitewashing of history to make it appear that every bad thing that happened in Joplin came courtesy of a Texas conman named David Wallace, who apparently materialized out of nowhere since everyone denies having anything to do with Wallace Bajjali.

The whitewash includes the smearing of the name and reputation of a solid investigator named Thomas Loraine who did the city of Joplin a service that would have been a bargain at double the price. Loraine's report proved conclusively that Mike Woolston had at least crossed ethical boundaries and most likely, legal ones as well. The conduct of Mark Rohr was also brought into question by Loraine, with much of it having to do with the former city manager's relationship with Wallace Bajjali.

Councilman Gary Shaw offered the latest example of the way the powers-that-be in this city have labeled the recently-completed state audit. It's just "an opinion," he said, continuing by saying that Loraine's report was "an opinion" and that people who said Woolston was using his position as a councilman and the "tornado mayor" to benefit himself and his business partner were just offering more opinions.

The cover up has been made possible by the area's newspaper of record, the Joplin Globe. It also criticized the Loraine Report and the audit and for the most part soft-pedaled the worst information that was included.

The Globe used its editorials and its guest columnist Anson Burlingame  to defy logic and make it seem that the unelected elite in Joplin had nothing to do with any of the city's problems.

The Globe has sacrificed all credibility on the altar of "moving forward." We are told it does no good to dwell in the past. We must look forward and by doing so, follow the same people who promised us the yellow brick road and then failed to pave Main Street.

Thankfully, as I point out from time to time, the Joplin Globe is not the only source of news for this city and over the past few months we have seen the problems this city and the Joplin R-8 School District face examined with skeptical, but not cynical, eyes.

A prime example of that has been the solid investigative reporting from KOAM's Jordan Aubey, whose interview with Woolston this week made for riveting television. Aubey used he same tactic that Tom Loraine used so effectively with Woolston. Ask him the questions and give Woolston enough rope to hang himself.

Aubey has done the best reporting on the Woolston situation, just as he did on Wallace Bajjali's departure from Joplin.

KOAM has also done excellent reporting on the Bright Futures USA story, leading the pack with its coverage.

Hanging right in there with KOAM has been KZRG. While the Joplin Globe has not printed one word about Interim Superintendent Norm Ridder's statement that Joplin teachers have been in a "climate of fear," KZRG's Joe Lancello led with the statement.

Lancello and KZRG have also been on top of the Bright Futures USA story.

Anyone who listened to Chad Elliot and Sarah Novotny grill Mayor Michael Seibert on Morning News Watch the day after the Woolston vote was announced heard public service broadcasting at its finest. They went after him on the Sunshine Law violations and the statement clearing Woolston of any wrongdoing. In other words, they asked the questions the public wanted asked and while the answers may not have been to our liking, the mayor was at least forced to go on the record.

Elliott and Novotny also asked the questions that needed to be asked of Bright Furures USA board member Mark Quinn when they interviewed him Monday.

The idea that the kind of reporting that has been done by KOAM, KZRG, and the Turner Report damages Joplin is ridiculous. The idea that the public has the right to know what is going on with its tax money (and despite its not-for-profit status, Bright Futures USA is primarily supported by tax money) is not a radical one.

Open government does not damage a community. Attempts by the Joplin Globe and some of the city's unelected elite to hide or sugarcoat the truth only increase the probability that we will have more such scandals in the future.

With everything that has been going on with Joplin city government and with the Joplin R-8 School District, it should be easy for an enterprising newspaper to rack up awards for investigative reporting, and coverage of government.

The Joplin Globe received 14 awards in the recent Missouri Press Association Better Newspaper Contest- and not one of them came through its coverage of the events that have been taking place in the city and the school district.

The Globe had one first place award, which went to veteran reporters Debby Woodin and Susan Redden for Best Reporting Based on a Public Notice. Perhaps that one was based on a city of Joplin, or school district story. I don't know for sure. I had never heard of this award.

The newspapers combined to win 64 honors, with The Times winning 35 and the Democrat winning 29.

The Gold Cup is awarded to the small weekly newspaper that scores the most cumulative points in individual categories. Full print editions of The Monett Times were judged by out-of-state journalists against other Missouri small dailies, leading to the General Excellence honor.

Jacob Brower, a 2004 Missouri Southern alumnus, is the publisher of both newspapers, owned by Cape Girardeau-based Rust Communications.

This is believed to be the first time in either newspaper’s history that the Times or Democrat have won the Gold Cup or General Excellence.

***
Another journalist with local connections who fared quite well in the MPA Contest was Jefferson City News Tribute and California Democrat reporter Michelle Brooks, a Lockwood High School graduate, whose first reporting job was covering Lockwood sports for me at the Carthage Press when she was in high school. Over the past two decades, she has developed a reputation as one of the state's best feature writers.

I tried numerous times during my last few years in newspapers to lure her to Carthage after her early successes at newspapers in Monroe City and Kennett, but it never worked out

Brooks earned two first place awards, for Best Story About History and Best Story About Religion, as well as a third place  for best news or feature series for her work at the weekly California newspaper.

At the News Tribune, she received third place honors for best feature story and best news feature or series, and an honorable mention for community service.

You know the mayor and city council as a whole sound like junior Hillary Clinton democrats. I thought that's that the majority Republican voters keep voting them. I guess they are just uninformed sheep.

Jordan has done well, but his News Director deserves credit, too. Like a newspaper editor, the News Director sets the tone for the operation.

Bill Ewing Jr is being sanctioned $300 a day in bankruptcy court. He needs to produce those documents they are requesting. If anyone knows the clown, let him know!

No one cares about Newspaper awards except the newspaper. I'm sure no advertiser or subscriber made their decision about whether to advertise or subscribe to the paper based on the number of awards the paper had for best feature photo.