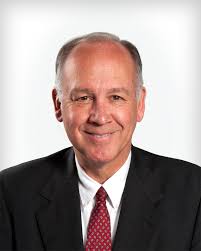 Former Joplin City Councilman Mike Woolston, in an interview with KOAM's Jordan Aubey, one of the best investigative reporters in the area, acknowledged that he voted on the South Main TIF District, despite the fact that he was involved in it.

In the accompanying video, Woolston says that businessman Charlie Kuehn introduced him to those who were pushing the South Main TIF, RKS Development, a company which Woolston says Kuehn had worked for.

Woolston did not vote on any later votes concerning the TIF, which he indicates is because the new City Attorney Peter Edwards was not as knowledgeable about TIFs as former City Attorney Brian Head and thought there would be a conflict of interest.

In the interview, Woolston also says if the push for the hearing had not occurred, he would have been resigning sometime in the next six to 12 months anyway because of his involvement in so many projects.
KOAM TV 7
Posted by Randy at 7:36 PM

As usual , Mr. Woolston's comments couldn't be farther from the truth. I live too close to this " redevelopment " area. Well over a year ago I saw a Four State Homes truck with Charlie Kuehn driving it in my neighborhood , and the person that got out of the passenger's seat and was talking with my neighbors was Rodney Spriggs. So Charlie Kuehn has " no involvement. One of the few things I find more offensive than being lied to ,is being lied to by people that aren't very good at it. The South Main Tif is yet another city of Joplin boondoggle. I suppose that I'm supposed to believe that it was a coincidence that it got voted on the day BEFORE the results of the city audit were made public. Another case of the city council deciding to re - distribute tax payers money as they see " fit". Months before a vote was taken on the S. Main Tif I heard the mayor say " When the South Main Tif passes "at a city council meeting. Glad there isn't a private agenda in this town.

Rodney Spriggs is a crook. I was at a poker table at Downstream that a very voistrous Spriggs was at too. He made mention that the elevator fire at hiw failed medical building off Connecticut helped him get to the point of finishing the project since he has financial concerns. Then later he told another player privately that I know well....that he "made it happen". His involvement with Kuene is true to the old addage....thicker than thieves. The problem with Joplin is it is a $hit hole with leaders who are crooks. Period!