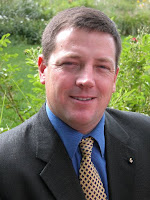 (From the Eagle Forum)

Today, CNN announced that Ed Martin will serve as a CNN Political Contributor effective immediately. He will appear on all CNN programs.
"I recall being on CNN with Fredricka Whitfield on the Saturday after the Billy Bush video was released last October," said Ed Martin, Phyllis Schlafly's successor as head of her organization. "Fredricka gave me a chance to say clearly that Donald Trump is a good man and his vision for America is what we need. Now, I am proud to join CNN to continue to make the case for Donald Trump and his leadership."

Ed Martin is a bestselling co-author (with the late Phyllis Schlafly and critically acclaimed author Brett M. Decker) of The Conservative Case for Trump. He has appeared on all major TV networks and hundreds of radio stations. He is known as an articulate advocate of Donald Trump's policies that put Americans first.

As a CNN contributor, Ed will appear exclusively on TV with CNN. He will continue to speak, appear on radio, and write articles and books.

Ed will be participating at a press conference tomorrow, Friday, September 22, at the St. Louis Airport Marriott at 2:00 p.m. along with David Horowitz, Missouri Secretary of State Jay Ashcroft, and Maria Espinoza of the Remembrance Project.

(Note: Martin formerly served as Gov. Matt Blunt's chief of staff and was chief counsel for All Children Matter, the anti-public school organization founded by the family of Secretary of Education Betsy DeVos.)
Posted by Randy at 11:44 AM