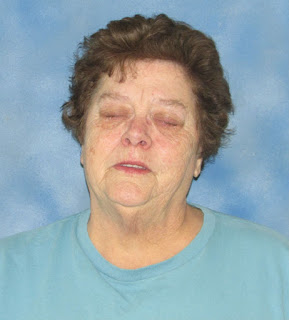 The Missouri Southern District Court of Appeals Monday rejected the appeal of a Fairview woman serving a life sentenced without parole for the March 30, 2015 murder of her ex-lover.

Connie Sanders-Ford, 58, Fairview, was convicted by a McDonald County jury May 19, 2016, for killing John Jordan, 58, at his Granby home. The case was heard in McDonald County on a change of venue.

Sanders-Ford argued that hers was a crime of passion and that the prosecution had not proven that she deliberated before shooting Jordan. The appellate court disagreed.

The background of the case was provided in the opinion:

Victim’s wife was fixing supper at home when Defendant walked in, introduced herself, said she and Victim had “been having an affair for over a year” and “I’m here to tell you so that he can leave you,” called Victim’s wife “pathetic,” then spent the next month trying to break up the marriage:

• Defendant repeatedly returned to Victim’s home to make trouble. Once the police had to be called to get her to leave.

• Defendant stalked Victim’s wife at her job, her home, and on the streets. Victim’s wife drove to the sheriff’s office on one occasion and Defendant followed her inside.

• Defendant offered Victim’s adult son a financial incentive to convince Victim to abandon the marriage. When the son refused and told Defendant to leave them alone, Defendant threatened to shoot Victim and herself.

• Defendant went to the son’s house, argued with Victim, and pulled a gun, which Victim took away from her.

• Defendant threatened to “destroy” Victim’s family by telling the whole town about the affair, then went to the local newspaper and angrily demanded that a story be written about Victim.

• While Victim’s wife was at the courthouse seeking an order of protection, Defendant approached and handed her a purported “love contract” between Defendant and Victim.

• Defendant called Victim and threatened to shoot herself because he would not leave his wife. Victim then heard a gunshot, hung up, and called 911. Police found Defendant at the cemetery, lying near grave plots owned by Victim and his wife. Meanwhile, Victim sought to sever financial ties with Defendant, then he, his wife, and his son all obtained ex parte orders of protection against her. Later that day, Defendant confronted Victim at his son’s house and threatened to shoot Victim and his son unless the orders of protection were dropped.

Two days before the hearing date on full orders of protection against Defendant, she shot Victim in the chest at the front door to his home. As he succumbed, Defendant fled to a friend’s house, confessed what she had done, and sought to call an attorney.
Posted by Randy at 6:50 PM