Tyson to pay $2.5 million for violations of Clean Water Act 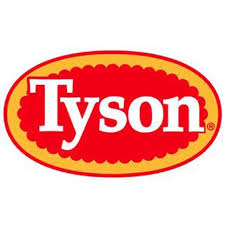 Tyson, the nation’s largest chicken producer, is headquartered in Springdale, Arkansas. Tyson is a subsidiary of Tyson Foods Inc., which owns and operates multiple companies in the food supply and food service industry. The charges to which Tyson pleaded guilty arose out of a spill after the company mixed ingredients in its chicken feed at its feed mill in Aurora, Missouri.

One ingredient in Tyson’s feed was a liquid food supplement called “Alimet,” which has a pH of less than one. According to the plea agreement filed in federal court, in May 2014, the tank used to store Alimet at the Aurora feed mill sprang a leak, and the acidic substance flowed into a secondary containment area. Tyson hired a contractor to remove the Alimet and transport it to Tyson’s Monett plant, where the Alimet was unloaded into the in-house treatment system that was not designed to treat waste with Alimet’s characteristics. Some of the Alimet made it into the City of Monett’s municipal waste water treatment plant, where it killed bacteria used to reduce ammonia in discharges from the treatment plant into Clear Creek, and resulting in the death of approximately 108,000 fish.

Under the terms of the plea agreement, Tyson will pay a $2 million criminal fine and serve two years of probation. In addition, Tyson will pay $500,000 to maintain and restore waters in the Monett area, with a focus on Clear Creek and the adjoining waterways. Tyson will also implement environmental compliance programs including: hiring an independent, third-party auditor to examine all Tyson poultry facilities throughout the country to assess their compliance with the Clean Water Act and hazardous waste laws; conducting specialized environmental training at its poultry processing plants, hatcheries, feed mills, rendering plants, and waste water treatment plants; and implementing improved policies and procedures to address the circumstances that gave rise to these violations.

“Our Division is hopeful that the outcome of this case will help deter future violations of the Clean Water Act and keep our water supply and marine life free from pollution,” said Acting Assistant Attorney General Jeffrey H. Wood of the Environment and Natural Resources Division. “Today’s agreement will remedy environmental harm caused by the defendant’s actions while also helping to ensure that these kinds of problems do not happen again.”

“Tyson’s admitted criminal conduct caused significant environmental damage, including a large-scale fish kill,” said Acting U.S. Attorney Tom Larson of the Western District of Missouri. “Today’s plea agreement not only holds Tyson accountable for its actions in Missouri, but requires the company to take steps to insure compliance with the Clean Water Act at its poultry facilities throughout the United States.”

“Ensuring agricultural operations dispose of their waste in a lawful way is critical to protecting the health of local communities and clean water,” said Larry Starfield, acting Assistant Administrator for EPA’s Office of Enforcement and Compliance Assurance. “The plea agreement in this case will improve Tyson’s compliance with important clean water and hazardous waste laws and help prevent future violations.”

Acting Assistant Attorney General Wood and Acting U.S. Attorney Larson thanked the U.S. Environmental Protection Agency’s Criminal Investigation Division for its work in this investigation. The case is being prosecuted by the U.S. Attorney’s Office for the Western District of Missouri and the Environmental Crimes Section of the Justice Department’s Environment and Natural Resources Division.
Posted by Randy at 6:48 PM

Thanks for this post Randy, but no one around here will care. This area has a high cancer rate, but we got people kneeling at footballs games to be outraged over. Maybe if you mentioned that Somalians were employed in Noel by Tyson it would get their attention. No way would Tyson employ Muslims to under cut the locals pay! Oh wait, that has been going on for ten years now. As long as no "Libtards' are in office we have nothing to fear! Poor, ignorant, and obedient.