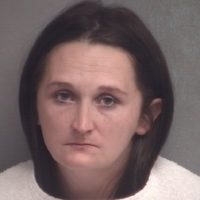 A Joplin day care owner charged with the attempted kidnapping of a client's infant daughter as part of an adoption scheme will be arraigned 10:30 a.m. Monday in U. S. District Court in Springfield.

A federal grand jury indicted LaSonya Poindexter, 30, Wednesday, six days after she was arrested and charged with the same crime.

Prosecutors have asked for a detention hearing for Poindexter and that she be held without bond.