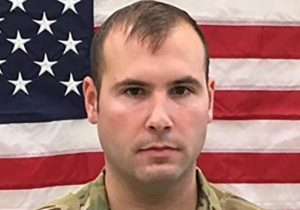 Gov. Eric Greitens has ordered that the U.S. and Missouri flags at state buildings in all 114 counties and the City of St. Louis be flown at half-staff on Sept. 25 to honor the bravery and sacrifice of Staff Sergeant Sean Devoy. Staff Sergeant Devoy, age 28, of Ballwin, was a member of the United States Army who died on Sept. 12 in the line of duty during a training exercise at Fort Hood, Texas.

In addition, Gov. Greitens has ordered that the U.S. and Missouri flags at all state buildings in St. Louis County be flown at half-staff from Sept. 26-Oct. 1, 2017.