Probable cause: Joplin man beat 10-year-old son, has threatened to shoot his children, used taser on them 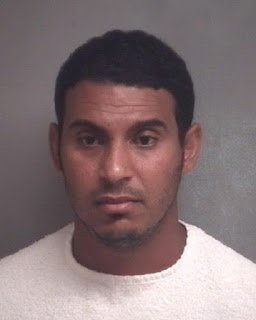 A Joplin man beat his 10-year-old son Wednesday in front of the boys' sister and has threatened to shoot them with a gun, according to a probable cause statement filed in Jasper County Circuit Court.

The boy's younger sister said their father, Hossam Amin, 35, learned that the boy had said a bad word at school Monday and had lied to him about it.

Amin "kicked (the boy) in the stomach, hit (him) several times and used a phone charger to hit (him) which resulted bruising on his back," according to the probable cause statement, which also indicated that in the past Amin had loaded a gun at his children "threatening to shoot them and used a taser on all three of them."

Amin is being held in the Jasper County Jail on a $5,000 cash-only bond.

Amin's lawyer, Bob Briggs, filed a motion for bond reduction today, saying his client cannot afford to pay the bond because he is unemployed.