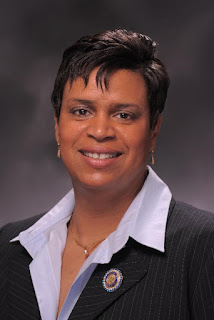 Gov. Eric Greitens' attempt to take control of the Missouri State Board of Education resulted in more turmoil as he removed a new board member who refused to go along with a plan to fire the state's top K-12 education official and then appointed a replacement board member who later decided not to take the job. The eight-member board is the independent governing authority for the Missouri Department of Elementary and Secondary Education.

The state constitution prohibits the board from having more than four members from the same political party, which traditionally results in a split of four Democrats and four Republicans. Greitens, however, seemed to create a de facto 5-3 Republican majority by appointing people with strong GOP ties to Democratic slots.

The first suspect appointment was Melissa Gelner of Springfield, whom Greitens designated an "independent" in picking her on July 31, even though her family exclusively has donated to Republican political candidates, including $500 to Greitens' campaign. Greitens withdrew her appointment on Sept. 15.

In a letter to other board members, Gelner said she was ousted due to her refusal to bow to pressure from the Greitens administration to replace education Commissioner Margie Vandeven, who oversees day-to-day operations at DESE. Vandeven has held the post for nearly three years and is highly regarded among Missouri educators.

Greitens quickly replaced Gelner with Heidi Crane of Springfield, whose family donated at least $1,250 to Greitens' campaign. Crane, who also was officially designated an independent, later declined the appointment. Greitens hasn't yet announced another choice for the spot.

Previously, former state Sen. Delbert Scott, R-Lowry City, whom Greitens appointed to the board on July 31, declined to serve after learning of a state law that would have required him to quit his job as president of Kansas Christian College, a private school in Overland Park, Kan. On Aug. 23, Greitens appointed Lebanon business Doug Russell to fill the spot instead.

The first-year governor's other state school board appointments are prominent Republican campaign operative Eddy Justice of Poplar Bluff and Kansas City lawyer Claudia OñateGreim, whom Greitens appointed as a Democrat despite her strong personal and professional ties to Republicans. OñateGreim is a former partner in the law firm of John Ashcroft, a Republican former Missouri governor and U.S. senator, and is married to Edward Greim, a top Missouri Republican Party attorney.
Posted by Randy at 7:35 PM

Really? Ha! Give it a break. They probably have no idea who Huff is.

Another reason to leave this state. Lets face it, the ultimate goal of today's Repubs is to force their religious onto every aspect of our lives. Not all religions, just theirs. Poor, ignorant, and obedient. Sharia law, baptist style.