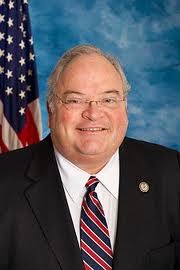 I am looking forward to 2015 and the start of a new Congress. The American people want to see action and I look forward to the 114th Congress and getting to work.

Early next year both Chambers appear likely to send legislation to President Obama saying it is time to build the Keystone XL pipeline. We need jobs and energy security in our country and that is what the Keystone XL represents.

I am also hopeful the House and Senate can make meaningful efforts at reforming our nation’s broken tax code. Our current tax code is riddled with loopholes and is too complex. I will again be supporting the Fair Tax. I like the Fair Tax because it is a consumption based tax and treats everyone fairly. Whatever direction Congress takes, we need a simpler and fairer tax code.

In the 114th Congress both chambers will work to rein in the unelected bureaucrats who like to crank out rules and regulations with little to no thought on how the rules impact hardworking taxpayers. While we should all strive for strong environmental protections, some of the recent regulations coming out of the EPA run the very real risk of bankrupting towns, cities and municipalities across the country. We need to reform the regulatory process to ensure any new regulation does not hinder growth in our economy. I hope both chambers can pass a version of the REINS Act which would require Congressional approval for major regulations.

Immigration will be another issue that the new Congress will address. I have always held that a secure border means we have operational control over our borders, and this must be done before any other action is taken on immigration. Any reform effort without border security first will not fix the problem. Congress will also take action to rein in the president’s unilateral action on immigration.


And he's right, of course, on this, anyway.

We want them to act and a jobs/infrastructure bill would be the best way to get started. Americans need the jobs, the infrastructure sorely needs the updating and improving and the economy needs the boost. It should be a no-brainer.

And even though it's good to great for America, don't look for them to do it because they want to and will put their political party before the needs of the nation. They don't want this president to reside over a good economy, period.

So screw you, America.

Congress needs a suppository to get things moving again. Billy Long is just the man we need!

Very astute observation my friend, I concur. . . Representative Long is a suppository;-)

We need statesmen at times like these not politicians. Long is a clown..a do nothing political clown..

How does Canadian oil that's being sold to China and India do anything for American energy security. Also Canada has refinerys on either coasts but the provinces won't allow the pipeline because they value their forests, rivers, streams and lakes and will not grant Trans Canada the pipeline.

Billy Long: He puts your money where his mouth is. What a sorry representative for SW Missouri. How I wish he would lose the next primary.