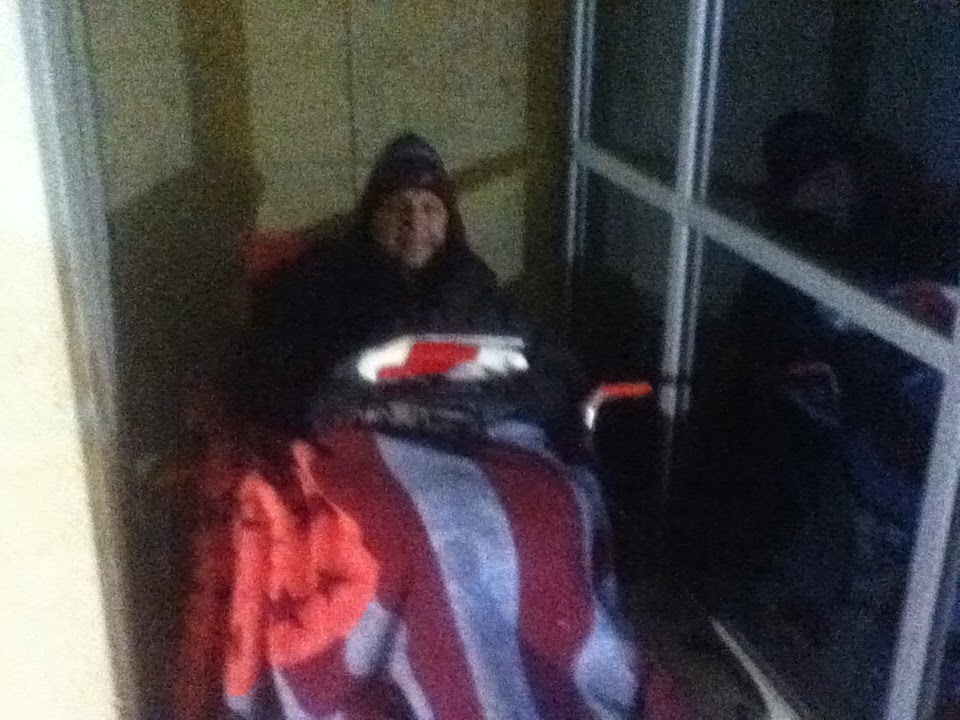 The clock had just struck midnight and only two vehicles were in the parking lot at the Joplin R-8 Administration Building.

One of them was mine.

As midnight hit, December 15 became December 16. In just a few hours, the doors to the building would open and people could begin filing for three school board seats.

The first one in the line is the one whose name goes at the top of the ballot. The studies show that when people are not sure who they want to vote for, they tend to vote for the first name they see.

I wanted to be there at the entrance to the Administration Building. I had heard all of the rumors that I was going to be running for school board this year. (I planted most of those rumors)

But no, I was not there to get in line to file for office. I wanted to see if there was going to be another slumber party this year.

For those of you who don't remember, the first day of filing in December 2013 was marred by the slumber party that took place inside this very building. Board President Jeff Flowers had a key to the building, and entered it at 8 p.m. the previous evening. He, fellow board member Randy Steele and Shawn McGrew all stayed in the warm confines of the building, drinking coffee, using taxpayer-funded Wi-Fi, and waiting out the beginning of filing.

When former Irving Elementary Principal Debbie Fort showed up at 3:30 a.m. to wait in line, she received an unexpected greeting. She wrote this on her Facebook page:

I arrived at the Board of Education at 3:30 am to file my candidacy. Imagine my surprise to discover one or more of the current board members waiting inside the warm building. I don't know if it's legal but for me it certainly seems unethical. They offered to let me wait inside but I declined. Seems like the playing field should be the same for everyone.

The slumber party was the first of many unethical events that occurred during the course of the April 2014 school board campaign.

Shawn McGrew's name was first on the ballot, followed by Steele and Flowers. Jeff Koch, who arrived after Fort, was sixth on the ballot.

Unless something dramatic happens in the next few hours, Jeff Koch's name will be first on the ballot in 2015.

The other vehicle in the parking lot at 32nd and Duquesne belonged to Koch. As I arrived, I looked around, but I could not see him. Then I noticed that someone was huddled up inside the doorway, sitting in a 2006 St. Louis Cardinals World Champions chair, covered with a heavy Stars and Stripes blanket and wearing a stocking cap.

Jeff Koch was preparing to make his second run for school board- he had also nodded off and jumped as I said hello.

"I hadn't intended to do this," he said, but he noted that he had his iPad, the battery was fully charged and he had some movies he could watch.

"It's not that cold in this corner," he said, as a brief, almost imperceptible spitting of snow drifted through the night sky.

Koch says he will run for one of the two three-year seats currently held by Board President Anne Sharp and Jim Kimbrough. Kimbrough has indicated he does not plan to run, while Sharp has earlier indicated that she will.

Reportedly, former Joplin Police Chief Lane Roberts and Jennifer Martucci, both of whom submitted their names, as did Koch, for the Sticklen seat, will also file.

However, the race turns out, it has certainly started different from last year. Perhaps the lack of a slumber party might be the first step toward a return of ethics in R-8 politics.

There are no ethics in the R-8. They most likely already filed absentee. Lol

Jeff Koch has way to much class to be one of the "good ol boys".
He will be a breath of fresh air for the R8 school board.