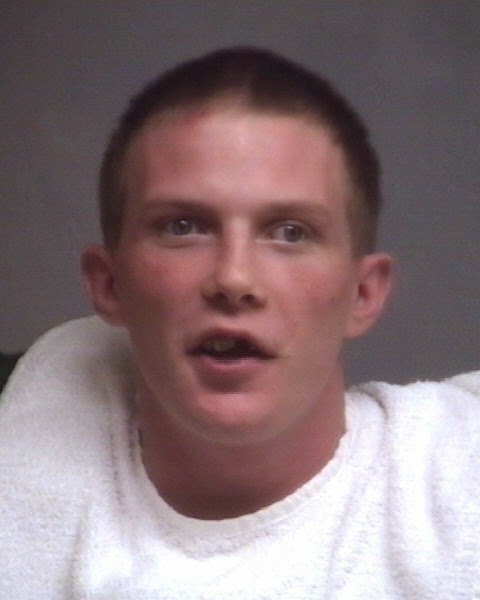 Bond was set at $100,000, cash only, for one of two men charged with second degree murder in connection with the  September 5 death of  David McKibben, 71, Joplin. The decision was made during a December 15 hearing in Jasper County Circuit Court.

The next hearing for Kristopher Smith, 27, is scheduled for 9 a.m. Monday, December 29.

Anthony Carter, 21, has also been charged.

The probable cause statement reads as follows:


On September 5, 2014, the body of David McKibben was found at his home located at 201 N. Wall, Apt. 1,, Joplin, Jasper County, Missouri. The medical examiner has concluded that Mr. McKibben's death is a homicide.

The suspects, Kristopher Smith and Anthony Carter, have told at least two separate people that they went to the home of Mr. McKibben on or about September 4, 2014, or September 5, 2014 where they assaulted and maybe killed Mr. McKibben and stole items from his residence.

The kid in the picture looks a few bricks shy of a load.