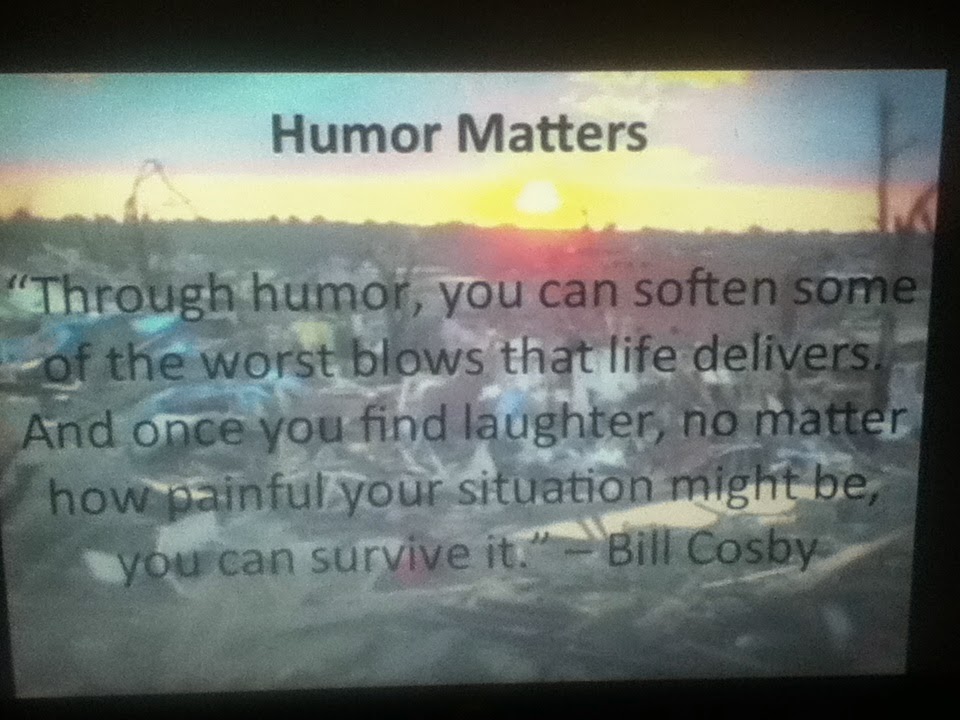 Don't be surprised if Joplin R-8 Superintendent C. J. Huff changes part of the stump speech he has been giving during his never ending We Will Have School Tour."

During his recent keynote speech at a Dallas insurance agents convention (followed by drinks on the veranda with VIPs who paid enough for the privilege to have a little face time with the hero of the Joplin Tornado), Huff talked about the importance of maintaining a sense of humor (no wonder he enjoyed No Child Left Alive so much).

Huff told the insurance agents he was inspired by a Bill Cosby quote (which is pictured from Huff's power point presentation).

Of course, this speech was given before Bill Cosby was accused of sexually assaulting nearly two dozen women.

At this point, Cosby is nearly as unpopular as Huff.
Posted by Randy at 8:36 PM

Yeah I remember the shock of the aftermath in the above photo. I did not realize untl now that all we needed was a good laugh.

This buffoon has no emotional connection to the reality of that day. He only clings to the fantasy that he has created since.

Keep to the real news and quit the petty vendetta against HUff. This entry is like a 2nd grader who is mad at a classmate.

Be professional. Isn't that what you ask of him.

You are a big stupid doo doo head.

How is that for professional?