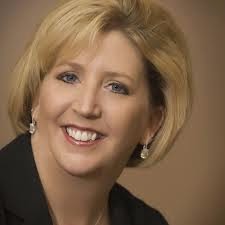 This has been a year of incredible growth for the Turner Report.

The blog, has steadily pulled in 5,000 readers a day with many more popping in on days when major news events have occurred or something unusual has caught the public's interest.

For those of you who have discovered the Turner Report later in the year, this post marks the beginning of a 2014 Year in Review, and a chance to catch up on some stories you have missed, some of which have a direct bearing on events and situations that are still occurring in Joplin and the surrounding area.

The posts are ranked by the number of unique visitors they received. Let's start at the bottom. I have also included a couple of extra posts.

Extra- The big money behind the Joplin Progress Committee- This was one of the first sources of information on the secretive committee that also includes much of the original CART group and Connect2Culture. This year, with no Joplin City Council races, the group is likely to spend money to elect school board members who can continue the district's current direction.

10. Remembering Michelle Edwards- The owner of Sweet Something Designs faced her death from cancer with courage and shared her battle with the public through her blog.

9. State: This is why Rowan Ford's killer must die- The state successfully made its case that Chris Collings, the man who raped and murdered nine-year-old Rowan Ford of Stella on November 2, 2007, should receive the death penalty. Of course, his efforts to escape that fate continue.

8. Teachers, leave that old stuff behind Teachers at East Middle School were told not to bring any of their old belongings to the new school included all of the items that had been donated to them after the tornado through Donors Choose and from others.

7. Documents: C. J. Huff, Tina Smith bury allegations of lawbreaking, insurance fraud against Mike Johnson- The documents in this post detail just how far C. J. Huff and Tina Smith were willing to go to protect Johnson, including ignoring strong evidence that he may have committed crimes.

6. The Whistleblower Letter I Wrote Three Weeks Before I Was Removed from the Classroom- Well before I was led out of East Middle School by a Joplin police officer, I had written this letter to a Joplin R-8 Board of Education member detailing problems in the school district and East.

5. Angie Besendorfer Files For Divorce- I received a lot of heat for printing this one, but at that point it appeared to me that this had a connection to the things that were going on in the Joplin R-8 School District and I still haven't seen anything to convince me that is not the case.

4. Besendorfer: Turner, you're harassing my family, buddy- This is the only time I have written about the efforts that have been made to intimidate me.

2. C. J. Huff ignored whistleblower letter about Mike Johnson- More documentation to show the type of people who have been allowed to run roughshod over the Joplin R-8 School District.

1. Lawsuit claims Besendorfer lied to get Royal Heights principal fired- In this post, the Turner Report broke the news that former Royal Heights Principal Larry Masters was suing Angie Besendorfer. The suit was later dropped, then refiled with C. J. Huff and former Assistant Superintendent Steve Doerr added as defendants.
***
The news source with a passion for truth and the ability to find it. Keep the Turner Report going strong in 2015.
https://www.paypal.com/us/cgi-bin/webscr?SESSION=kPA_0r8NmRrgE3hB_5nI0L0_BPctgf5ZvQVo_sYF4MdX7r6e40fJM9atGS8&dispatch=5885d80a13c0db1f8e263663d3faee8d66f31424b43e9a70645c907a6cbd8fb4
Posted by Randy at 8:36 PM

I look forward to the day when Besendorfer's influence on the district has dissipated. I hope I live long enough to see that moment. Reading these posts has reminded me of just how horrible bad administrators can be, and how very important it is that elected officials do their job in protecting the community they represent. The Board of Sharp, Landis, Steele, Flowers, Willcoxon, Sticklen, and Kimbrough allowed these administrators to destroy the district rather than admit they were wrong. We will hope that is turned around with the next election, and that the faux "Joplin Progress Committee/Connect2Culture" is not able to buy the election.

"Joplin Progress Committee/Connect2Culture" need to be flushed just like the solid #2s that they are. Better have a plunger handy, they could be bigger #2s than the average #2!.