Early Turner books will be available at Saturday signing in Carthage 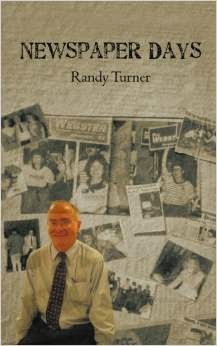 About two dozen authors are scheduled to be at the Carthage Public Library from 10 a.m. to 12 noon Saturday, December 13, (tomorrow) for the Authors for the Holidays book signing.

I will have copies of my most recent books- 5:41: Stories from the Joplin Tornado; Spirit of Hope: The Year After the Joplin Tornado, Let Teachers Teach, No Child Left Alive, and Scars from the Tornado: One Year at Joplin East Middle School, available for sale.

But I will also have three of my earlier books, which I have not advertised much lately and they will be available for a reduced price.

Small Town News- My first book, published in 2005, is a fictionalized version of events that happened October 31, 2001, in Diamond when the bank was robbed and Superintendent Greg Smith disappeared on the same day. This mystery novel focuses on those events, as well as how the media covered the events. Small Town News was inspired by discusions that took place in the writing class I was teaching at Diamond Middle School at the time.

The Turner Report- My third book featured my memories of some of the most interesting stories I covered during my 22 years as a newspaper reporter and editor, as well as some I wrote about during my early years of doing this blog. 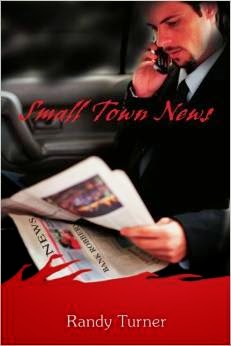 From the book's description on Amazon:

Each day, Missouri reporters and politicians, and many in our nation's capital, read The Turner Report to get their first glimpse at stories that later appear in the traditional media.In his first non-fiction book, Randy Turner offers a collection of some of his favorite stories, old and new, including:

-A minor presidential candidate fakes his death, then mounts a political comeback.

-Small town police officers terrorize teens and minorities until a brutal beating in the city jail brings their deeds to light.

-In Missouri's best-remembered gubernatorial primary race, the loser became one of the most powerful men in the country; the winner ended up in a federal penitentiary.

-An angry mob is ready to kill two men it believes were involved in the Oklahoma City bombing.

-The grieving parents of Nancy Cruzan go to the U. S. Supreme Court and back to prove their daughter has a right to die.

Newspaper Days- In this 2009 book, I wrote the story of my years in newspapers.

From the book's description on Amazon:

When veteran southwest Missouri newspaper editor Randy Turner wrote those words he never dreamed he was opening the door to a $1.5 billion libel suit and the end of a storied newspaper career that saw him earn more than 100 awards, including 30 for investigative reporting.

In Newspaper Days, Turner’s follow-up to the highly successful The Turner Report, he relives his 22 years as a reporter and editor, including how:

-One publisher fired him twice by mail, and another told him he would never work in newspapers again.

-He ran afoul of a 400-pound city marshal, and a gun-toting father during his time with the Newton County News

-His coverage of corruption in a small town police department, the Nancy Cruzan right-to-die case, and a governor’s race between three Missouri legends- Mel Carnahan, Roy Blunt, and Bill Webster, catapulted him to a front-tier status among Missouri journalists.

. Newspaper Days is entertaining, funny, fast-moving, and a must-read for those who remember a time when a newspaper was the heart and soul of a community.