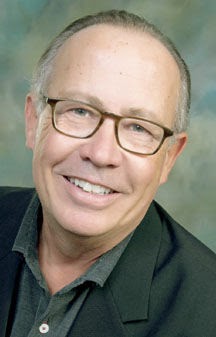 For much of the past several months, the face of master developer Wallace-Bajjali in the city of Joplin has been its chief operating officer Raymond Braswell.

When it introduced its readers to Braswell, the Joplin Globe referred to him as a man who helped develop the Kansas City Power & Light District, as well as the Zona Rosa shopping district in North Kansas City.

Those accomplishments date back several years, however, back to a time when Braswell was connected by marriage to one of Kansas City's most powerful figures, former Mayor Charles Wheeler, his father-in-law.

The past decade has not been a good one for the Wallace-Bajjali COO. His marriage to Marion Wheeler ended in a contentious divorce in 2006, Braswell's major Kansas City projects dried up, for most of the past decade he has failed to pay his state taxes on time, and he has been convicted twice on charges of driving while intoxicated.

Braswell has also had his wages at Wallace-Bajjali garnished to help pay off a civil suit.

The Missouri Department of Revenue filed its most recent tax lien against Braswell on October 31, according to online court records.

Braswell's record also includes a pair of convictions for driving while intoxicated. Court records show the Kansas City Police Department stopped him for DWI and driving while revoked on March 31, 2007.

Though it was his second DWI conviction in less than a year, Braswell's sentence was suspended and he was placed on supervised probation for two years. The court records indicate that he successfully completed that probationary period in August 2010, despite an order for probation suspension being issued August 28, 2008.

Court records do not indicate what the suspected violation was, but do show that it most likely was never dealt with by the court.

Braswell's probation violation was rescheduled nine times, according to court records, and warrants for his arrest were issued twice. The day Braswell finally appeared in court was the day he was released from probation.

The first DWI arrest for Braswell occurred on May 26, 2006, when the Highway Patrol stopped him in Independence. He pleaded guilty to both the DWI charge and to a charge of driving a motorcycle when he was not licensed to do so.

Court records show that Braswell was successfully sued by the law firm that represented him during his dissolution. Bernstein, Rodarte, and Hathaway won a judgment for $4,820.77. Whether Braswell has paid that amount is not clear, but the court records say that information is "not yet on file." The court ruling was made in September 2008.

Red Brokerage has had a difficult time collecting that money and had to take action to have Braswell's wages garnished, both at Crossland Construction, where he worked before and at Wallace-Bajjali.

The most recent garnishment, for the Wallace-Bajjali wages, was issued September 19, according to court records.

Audra Kamin of the business Shaken and Stirred in Overland Park was awarded a $2,460.90 judgment against Braswell in small claims court. His wages at Country Club Bank were garnished to pay what he owed.
***
SUBSCRIPTION-  Help the Turner Report keep providing news you will not receive anywhere else by taking a subscription. The cost is $1 per week, $3 per month, or $30 per year. Subscription payments can also be sent to 2306 E. 8th, Apt. G, Joplin, MO 64801.