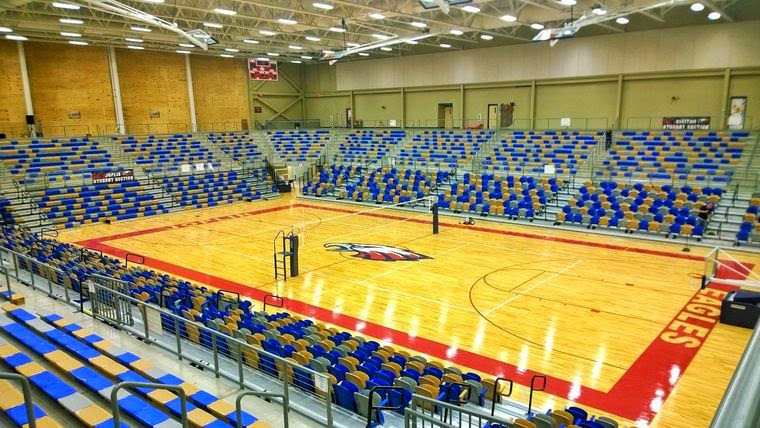 Don't believe what we put in black and white and I signed off on, Joplin R-8 Superintendent C. J. Huff is saying- it will not cost $96,000 to correct the seating colors in the Joplin High School gymnasium.

In an article in today's Joplin Globe, education reporter Emily Younker relays Huff's contention that after all is said and done, the cost of the seats is only going to be about $18,000 at worst and will probably be much less. He must be using Common Core math:

The cost to the district isn't going to be $95,000 in the end," he said. "It will be much less than that. The worst-case scenario is somewhere in the $18,000 range and we fully anticipate it will be less than that when we surplus those seats."

In the Globe article, Huff made it appear that district officials knew right from the start that the coloring for the seating was "unacceptable."

Considering that there have been public complaints from the first about the colors and this is the first that Huff has ever mentioned it publicly, it is hard to believe that he and his administration have been on top of this issue.
Posted by Randy at 4:56 AM

I'm guessing that there wasn't enough money to buy seats for the safe rooms, so install them in the wrong colors and try to pass it off as a slight ($96,000) oversight. Then play smoke and mirrors to finish the magic show for the tax payers. Well played Huff, well played.

I am guessing that he is not taking into account the cost incurred by the people that have to be paid to remove the wrong seats and install the correct color?? Labor is not cheap!

Has he ever accepted responsibility for any mess. NO. Who cares what color the seats are with a building that looks like Halloween.

From a purchasing and governance standpoint it is usually frowned upon to make a purchase with a stated intent, when the actual intentions are different.

Didn't they first say they intended the colors to be all different? They have trouble keeping their lies straight. If they would tell the truth to start with, it sure would be easier. Huff did not learn that old saying about " what a tangled web we weave when first we practice to deceive"