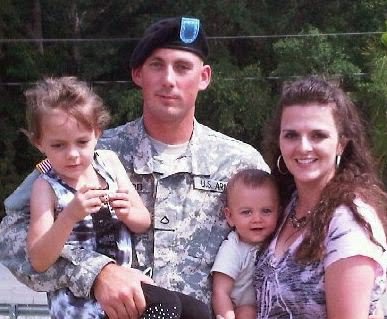 Trial date for a lawsuit brought against Home Depot by a woman who lost her husband and two children in the May 22, 2011, Joplin Tornado has been scheduled for 9 a.m. Monday, June 20, 2016, with three weeks set aside for the trial, according to a schedule filed Tuesday in U. S. District Court for the Western District of Missouri.

The following dates were also set:

The lawsuit, which was initially filed May 23 in Jasper County Circuit Court, was removed to federal court in June.

(They) were directed to the training room in the back of the building, but before they could reach the area, the large unsupported wall panels collapsed on top of them. (They) were killed as a result of injuries suffered from the tornado.

The negligence claims include poor construction of the building, no proper emergency plan, and lack of proper training.

In addition to two counts of negligence, the defendants face a third count of "loss of consortium."

Ms. Housel is represented by Katrina Richards of the Hershewe Law Firm of Joplin.
***

I feel horrible for this woman and deeply mourn her loss. My family actually donated to their funeral expenses. Though now I wish we hadn't. This is an absurd and ridiculous litigious action. How can you cash in on an act of god/forces of nature (whichever you prefer)? How was this REALLY Home Depot's fault? Massive grief can cause foolish mistakes after sleazy, slip and fall attorneys, get into your ear.

How can you be so in love with the man you lost that you are remarried and have a new baby in less than a year?? If I had lost my wife and children, in one fell swoop, I would have finished myself off to be with them, not out looking for my next baby momma. Did Home Depot make her do that too?

So dose this open the door for other law suits from the storm deaths.

You have to place some blamce on the husband because anyone with a right mind knows NOT to seek refuge from a tornado in Wal-Mart Home Depot etc. These buildings are NOT made to withstand what we experienced. And to place blame on Home Depot is appauling. I am truly sorry for her loss but trying to seek monetary gain from an act of God and poor judgement is a disgrace to her loved ones lost.

I'm not surprised--we sat next to her and her mother at an insurance company soon after the tornado. Her mother was screaming and swearing about the money they were due, and refused to listen to the agents' explanation; they were trying to make her understand that what she was demanding was against the law, and that there was a procedure everyone had to follow to make a claim. I know it was a stressful, horrible time; but her mother was the only person I saw behaving this way. She wanted what she wanted the way she wanted it, and the law be damned--I don't think her sense of entitlement started with May 22nd. Mom plus an ambulance chaser--disgusting.

just another Joplin hose-queen trying to make a buck

Why not sue God while she's at it.

Did you all lose your entire family that day?? If not, quit judging and shut your pie holes!!

I hope she can heal, but hopefully home depo wins. Ever since the McDonald's coffee lawsuit who knows.