An update on my health and my new book 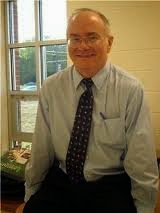 Since so many of you have been kind enough to ask questions about the status of my health and my book, I thought I would provide a brief update.

Friday marked two weeks since I had three stents and a balloon put in to open up some blockage that had crept in during the years since I had my pacemaker installed.

I had my follow-up appointment with the heart doctor Friday and he gave me the welcome news that my heart had not suffered any damage whatsoever. The problem had been caught before it had progressed too far.

After the procedure, as I noted in an earlier post, I cut down on the number of hours I was working on the Turner Report and my other blogs, and stopped working on my book, Silver Lining in a Funnel Cloud, entirely, except for a few hours of research.

I began working on the book again last week and, at last, I see the end in sight. So many things have happened during the past few months that needed to be included to provide a better understanding of the events that have happened in Joplin since the May 22, 2011 tornado that it has pushed back the publication date some, but I am hoping you will agree it is worth the wait.

Sometime tomorrow, I will remove the preview edition (the first 100 pages) of Silver Lining from Amazon, so anyone who wants to purchase that before it is removed for good should probably do so before Monday afternoon. The advertisement for the preview is on the upper right hand side of the page.

One thing I promise you- No matter how closely you have been following the news in Joplin during the past four years, there will be things in this book that will surprise you- they surprised me. I have learned a lot while researching this book.

Now back to my health for a moment- I arrived at Freeman about 15 minutes before my 9:30 a.m. appointment Friday and parked in one of the first parking lots I came across since I knew how difficult it was to get a parking space by the Heart Institute and I didn't want to drive around looking for one.

As it turned out, I parked further away than I had thought, I walked through three parking lots before I noticed that I had gone one parking lot past the Heart Institute, so I walked back, got there just in time for my appointment and after all of that exercise, when they checked my blood pressure it was 120 over 80.

That's not what convinced me I am OK, however. After my appointment, I left the Heart Institute and realized I had no idea where my car was. I walked around for more than 20 minutes and wondered if I was ever going to find it. At that moment, I noticed that I had just walked past it.

As someone who 20 years ago found a pair of socks in my refrigerator and suddenly realized that I would find the bologna in my socks drawer, this is a sign that everything is back to normal.
Posted by Randy at 7:37 PM

Sounds like you are perfectly fine to me. Losing your car in the parking lot and putting things in their "proper" place just proves it. Glad you are better and able to work on that book!

Prayers for your good health, and many thanks for all you do to drag things out into the light that others are trying to sweep under the rug.

Great to hear you're doing so well, Randy!

I'm glad you are well and back on track, Mr. Turner. There seems to be an endless amount of material provided for you and your book. We need to hear the truth, and we are counting on you to tell us the real story.

Best wishes for continued good health and a great book!