C. J. Huff: Did I mention that I'm a husband first? 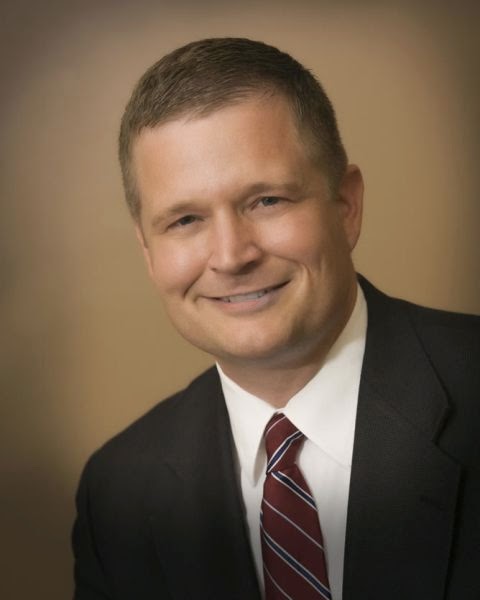 What kind of a man hides behind his wife and kids every time he is backed into a corner?

The answer to that question was in full view for anyone who was watching Fox 14's News a few moments ago. It came complete with everything we have come to expect from C. J. Huff except the free-flowing fountain of tears.

As the controversy over C. J. Huff's blatant attempts over the weekend to keep Jennifer Martucci from being elected to a one-year seat on the R-8 Board of Education continues to grow, Huff leveled accusations that Martucci and her husband have been harassing him and his family.

In a Facebook post Saturday night, Huff used a private e-mail that had been sent to him two years earlier during the redistricting battle to label Martucci as a snob who does not care about all children.

When that attack backfired, Huff played the family card and he continued to play it during the Fox 14 interview.

What was never publicized last year (but probably should have been) is that Huff accused another of his critics, former Irving Elementary Principal Debbie Fort, of harassing his wife and family, though there were no accusations that Dr. Fort, who was successfully elected to the board despite Huff's attempts to derail her candidacy, had tried to keep Huff's wife and children from being able to play in their yard.

If you will remember two years ago, Huff was facing a lot of heat for suspending me and scheduling a hearing to fire me. During that hearing, Huff felt obliged to bring his teenage daughter into his testimony, saying that he would never want her to have a teacher like me. The tears were flowing down his cheeks on that occasion.

One year earlier, Huff sent me an e-mail in which he politely asked me to stop writing about his speaking engagements because he had been "receiving threats" and he was worried about his family.

As far as I can tell, the Joplin Police Department was never told about these threats.

Thankfully, Mrs. Huff and the kids were able to continue playing in their yard.

This man (Huff) cannot be mentally stable. And it's not due to threats he's receiving.

I bet he hid behind his mama' skirts, too. What an awful display of unprofessional behavior by a superintendent. If anyone needed evidence that it is time for this man to leave, you've got it now. He's either delusional or a blatant liar and coward. I'm guessing liar and coward.

Please, for the sake of the kids, vote for Koch, Martucci, and Roberts. Not only not another year of this dangerous fool, not even another month.

I know my eyes saw my superintendent lying on television about his family, but my brain can't take it in. Kind of like the weekend debacle. Some things are just impossible to understand. That means they are just unreasonable, right?

Truth be told, this kind of self-serving scum would sell his family out in a heartbeat if it garnered him power and or fame.

How many families, wives, husbands, and children has this monster hurt or destroyed?

I wonder if he would say that if they had more American names, like Smith or Jones.

It really is all about the kids. Huff's kids.

I am an educator first and this is not the first I've felt that it is long past due for Huff to leave Joplin. I would tell you my name but I know I would then receive threats or be fired from said-family man above. Many say this is cowardice -to post anonymously- but I simply cannot afford losing my job but I cannot sit by idly and just pretend this man isn't hurting our schools. Guess I'll stay between this rock and hard place a little longer... And while I'm wedged in here, I'll be praying that the board gets the proper shaking up tomorrow and eyes are opened to lack of "for the kids" attitude Huff and Crew have really been promoting.

I never had you as a teacher. But I was at joplin high from 2006-2010 and I think you're a GREAT man as well as a great writer. Huff just keeps digging himself deeper and deeper.

How pathetic. The village idiot has escaped and is terrorizing the neighborhood. Joplin R8 is pathetic.

Tell me this isn't really happening in my district. Please. It's embarrassing to tell people where I work because of the superintendent. Enough already.

This man has some serious problems !! WOW what a jerk !

He received death threats and never called the police? Right... His wife and kids have been harassed for two years and there are no witnesses and no records, from a man who hung onto an email for two years? Seems out of sorts, some how. He knows enough to hang on to that email in case it might come in handy for political reasons, but he doesn't know enough to call 911 when his life is threatened or his little woman? No way any thinking person would believe that. I sure don't.

I"m so scared for my family that I leave them alone all the time so I can go make speeches and line my pockets even more. Yeah. Right. Lies,lies, lies.

Once again, where is President Sharp while this embarrassing debacle is going on? Is she part of it? I can't imagine letting this go on like she has. She must be too busy taking pictures of the jackass to actually take responsibility for his actions.

What is the difference between Huff and a catfish? One is a bottom dwelling sucker and the other is a fish.

All his drama is getting more votes for Martucci. He's probably helping her campaign more than the progress committee helped her opponent with their filthy money.
Voters are not as dumb as he thinks they are.
Hope he keeps it up and we will get rid of him sooner.

God I hope the Martucci Camp sues his lying ass for slandering them on TV. What a freaking cry baby.

I missed the video of Dr. Huff on Fox14 - can anyone please post it?

Are you kidding me? That is the most pathetic behavior I have ever seen. How is he still employed? That was absolutely disgusting. Paranoia will destroy you...it's time to find a different profession and let the children of Joplin receive an education people can be proud of. Move along now...

LIES!! ALL LIES!!! I'm a senior at the high school and I have known and gone to school with her kids for a long time and they don't even know the NAMES of Huff's children or even what they LOOK like let alone have any reason to harass them! And Jennifer said herself that she hasn't had a single interaction with his wife in 3 years was it? CJ Huff is lying through his teeth and it has to stop. It pains me that I can't do anything about this without being threatened by Mr. Pants on Fire himself.

Luckily, however, I AM able to vote this year, and I WILL be voting for Jennifer, as well as Jeff Koch and Lane Roberts. This kind of behavior is UNACCEPTABLE, UNPROFESSIONAL, and horrendously COWARDLY and it has to STOP.

You want to talk about harassment, CJ? Talk about what you're doing to Jennifer. THAT is textbook BULLYING and HARASSMENT and he should be fired for this. But is the current board going to do anything about it? No. THAT is why we need Martucci, Koch, and Roberts to get elected. So that change CAN happen and we can FIRE this awful, lying, cheating, horrible excuse for a human being.

C.J. has jumped the shark. Vote for Koch, Martucci, and Roberts.

C.J. has jumped the shark.

If he'd just been willing to let the election play out as normal, there's a good chance he would have "won", that is, kept at least a majority of supporters on the board, with the worst case a tie requiring him to negotiate with a 3-3 board (then again, he's not a negotiating, diplomatic type, is he?). With these gross violations of basic decency showing everyone what his character is, it is going to be very hard for any board to continue business as usual.

Worse, for him at least, he has crossed a line and has now made himself radioactive. It's hard to see anywhere decent he could go after this job, which I assume is making him more desperate, as we can see in this.

Right about now CJ is probably wishing people didn't pay much attention to what he says.

Starting with his FB post he has shown himself to be a lying, pathetic, unprofessional fool. As if that wasn't bad enough, he went on the news to publicly confirm he is all of those things.

Did I mention that we took the family on a field trip. Took a drive allllll the way across the tracks to the fairy tale land known as Arbor Hills. Wanted to show how the other half lives. Once we arrived and saw what seemed to be a locked gate but we were able to gain access. Driving around and to our surprise we came across a house on Cedar Ridge and it was , well to say the least it looked very expensive. So, with a little bit of internet research we located who lived there and it all fell in to place. The name listed was Huff. Wonder how much he pays to mow that lawn or clean his in ground pool? Being a superintendent must pay pretty well. We we guessed at his annual salary from previous postings and gathered it was about $186,000.00 Let's do the math. That comes out to over $15,000.00 per month. WOW!! I know people who work at the school and are there every day who make less than that annually. No wonder he wants the teachers an staff to not get raises, maybe he is wanting to add a steel wall with gates to keep out the riff raff neighbors whom he is so scared of.

The Joplin Globe is reporting about a police report documenting the reported harassment.

As a graduate of Joplin schools, I am embarrassed that Dr. Huff has led this district on a downhill slide with his "professional" and public actions and words. Dr. Huff, lease leave this district and allow it to become the premiere district it once was. The students and teachers deserve better treatment than what you and your hooligans are providing.

I wrote about the police report in a post this morning. There is no indication the police thought it was worth investigating and Mr. Martucci told me that the police have never contacted him and that neither has C. J.