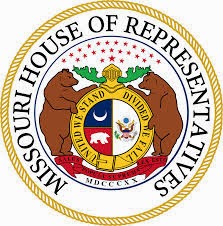 In the weekly update that many Republican members of the Missouri House of Representatives use as their personal columns, praises are sung for the welfare bill passed this week.

Our welfare system is now one step closer to its true intent of serving as a temporary program to move Missourians out of poverty and back into the workforce. My colleagues and I in the House sent a bill to the governor’s desk this week would make much-needed reforms to our welfare system and reinvest the savings generated by these changes in incentives such as childcare, job training and transportation services to get people back into the workforce.

The savings generated from the changes in the bill would then be invested in child care, education, transportation and job training assistance for participants in the TANF program. It is this change that will place a firm emphasis on getting people back to work and out of poverty. With this, we move our welfare system closer to its intended role as temporary assistance that helps people in need to return to self-sufficiency and independence.

Keep in mind that a study done earlier in the year by the Heartland Institute found that Missouri had only a 14 to 16 percent work participation rate for the Temporary Assistance for Needy Families program. The participation rate ranked Missouri last in the nation and earned the state a grade of F in the report. The reform bill we approved this week moves us down a path to improve these lackluster numbers.

The bill now moves to the governor’s desk where he will have to decide to sign or veto it. The legislation received 111 votes in the House, which is more than would be needed to override a potential gubernatorial veto.
Posted by Randy at 7:17 AM

Minimum wage jobs will not move people out of poverty!

Yes, after complying with the program and finding work...they will still be needing SNAP benefits, just not as much as before.